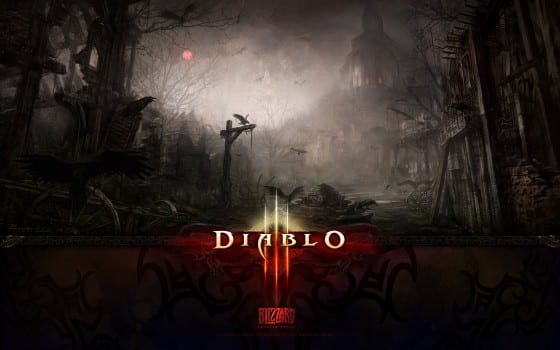 How can you fairly rate a game that’s been in development for 12-years, but wasn’t forgotten once by its legions of hardcore fans? How can one be expected to cram over a decade’s worth of hype, hoopla and expecations into a single review?

Like this: Diablo III was well worth the wait.

That may seem like a bit of a rushed statement, but Blizzard’s long awaited sequel delivers in ways that not only satisfy its most hardcore fans but also manages to be remarkably accessible jumping on point for newcomers. It’s not perfect, and it’s bound to have its fair share of doubters — but Blizzard has created one of the most intense cooperative experiences that’s going to be tough to put down for quite some time — let’s just hope it’s not another twelve years.

Okay, let’s get it out of the way right off the bat — Diablo III requires a constant internet connection (yes, even during single player gaming) that all but crippled the game during its initial launch. It was immeasurably disappointing for a lot of gamers (and thus the reason this review is so late) to wait over a decade for the game to finally have it in their hands, only to be constantly stopped at the proverbial front door by the dreaded Error 37 message.

In the last week since the game’s release, Blizzard has been hard at work trying to fine tune the servers and while they’re not at 100% yet, they are notably better than what we initially saw. It’s not something that you should let stand in the way of playing Diablo III, but it is something you’re going to want to take note of before jumping in.

If you played Diablo II at all, the next chapter in the series is sure to be a familiar journey for you, as Blizzard has taken a definite “if it’s not broke — don’t fix it” stance with their long awaited title, choosing only to fine-tune select aspects of the game. For most, this is good news, as Diablo III plays, looks and sounds like a cleaned up version of what’s come before. Diablo III is a click happy dungeon crawler where you’ll spend hours on end looting, leveling and smashing stuff –and yes, it’s insanely addicting.

Still though, the improvements made by Blizzard fit in very well here. One of the biggest changes is just how streamlined the combat mechanics have become. Your primary and secondary attacks are mapped to the left and right mouse buttons respectively, and your 1-4 buttons are used for additional skills. It may seem like a small change, but it’s an increidbly accessible system, that is easy for those new to the game to jump in to. In truth, the entire Diablo III experience is streamlined to allow newer users a much easier jumping in point.

Don’t let that fool you though, Diablo III is still a very deep game. Of the five character classes (the Barbarain, the Monk. the demon hunter, the wizard and the Witch Doctor) all play uniquely and there’s a distinct learning curve to some of them — even if they often seem like rehashes of characters from previous games. Diablo III is as deep as you want it to be, as you can play through the game with little customization or dive deep in and fine tuning your character, which adds an incredible amount of depth and challenge to an already deep experience.

The main draw of Diablo III though, is just how much fun it is to log in with friends, or even complete strangers and hack and slash your way through the game. You can set your game to be public, allowing anyone to jump in or private in order to just play alone or with friends, but I was very surprised with just how much group chat was used. In almost every play session I was able to strategize and plan with fantastic players, each with different ideas on how we should be going about our quest. It was almost refreshing in a way, and gave the game a brand new feeling.

The Blast Factor: Diablo III is bound to have its doubters, and that’s to be expected after twelve years in development. Boiling the game down to its core mechanics and most basic principles though, there’s no way to deny it – -Diablo III is one hell of a good time. Not everything works, but the majority of it does — and splendidly so if you’ve got friends joining you in the process. But hey, you didn’t need any free time did you?