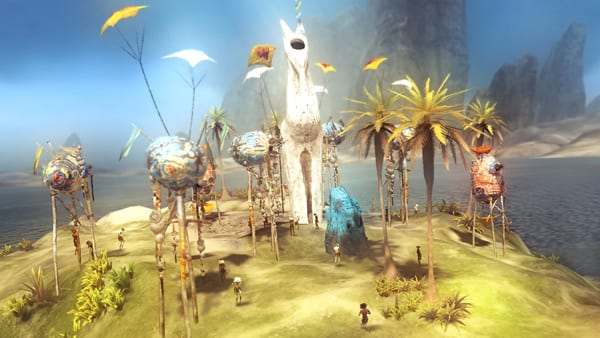 The next game to join Google’s ever-growing store of Chrome-based  games is Ubisoft’s From Dust, a god game that first came out on consoles and PC last year.

From Dust gives players the task of helping a mysterious civilization find gates to other worlds and escape their demise by completing world-shaping tasks that unlock the way forward. Elements like water, earth, and rock can be vacuumed up and dropped onto different areas to alter a river’s path, protect a village from an eruption, or even build a bridge across a giant lake. The game offers various powers that help you control the elements and also offers challenge missions and collectibles.

Browser-based games are becoming more prominent as of late, and because games are linked to your Google account, a game like From Dust can be resumed from almost any computer that runs Chrome. For players who didn’t get a chance to play the game on consoles or on PC, or want to play the game from their offices while no one is watching, this Chrome version of From Dust should not be missed.

Ubisoft is currently offering the game for only $9.99 this week and will be priced at $14.99 the following week.