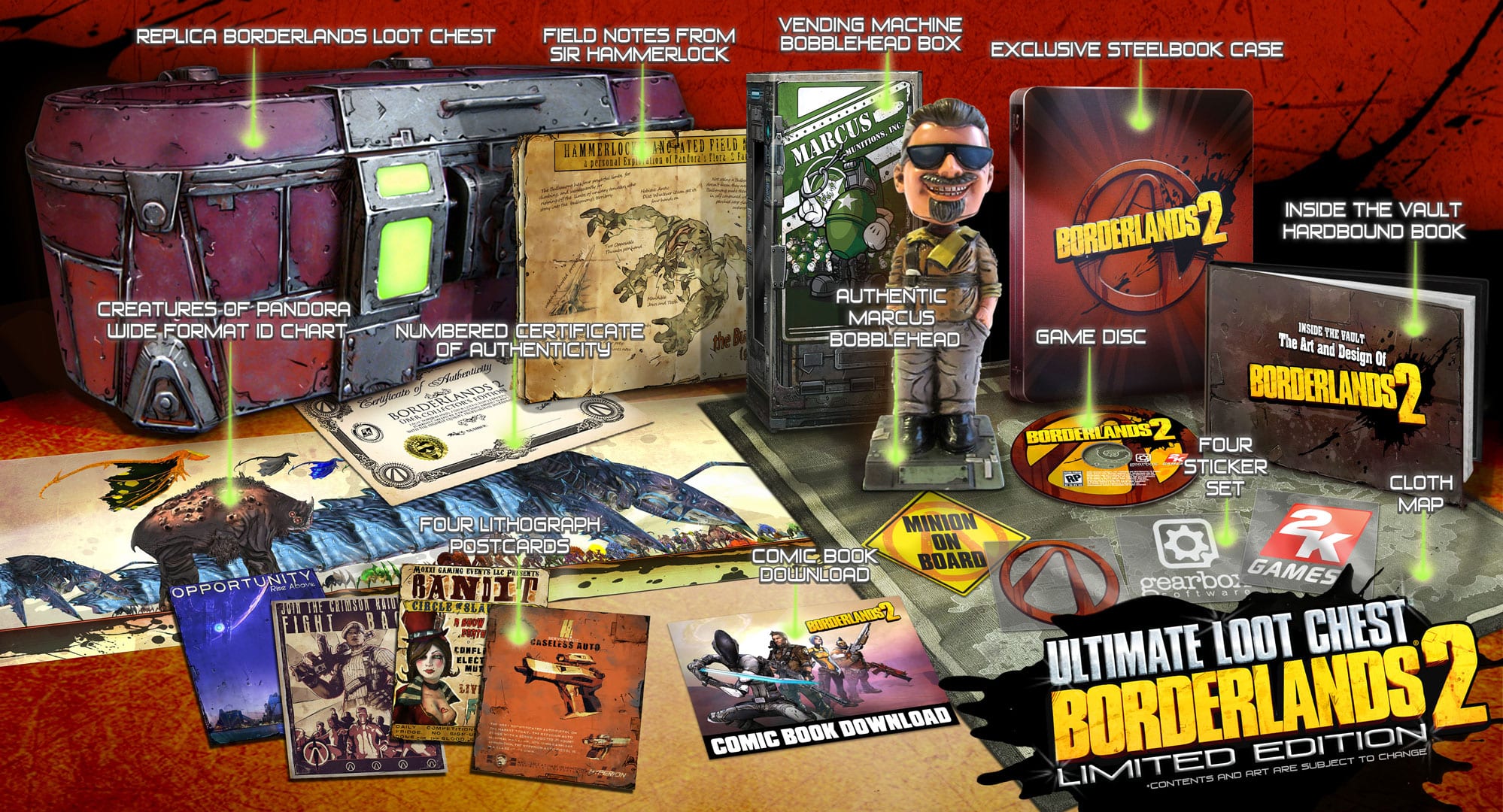 Not wanting to be overshadowed by two other special edition pre-orders announced this week, 2K Games has announced not one but two deluxe editions for[amazon_link id=”B0050SYK44″ target=”_blank” container=”” container_class=”” ] Borderlands 2[/amazon_link]. 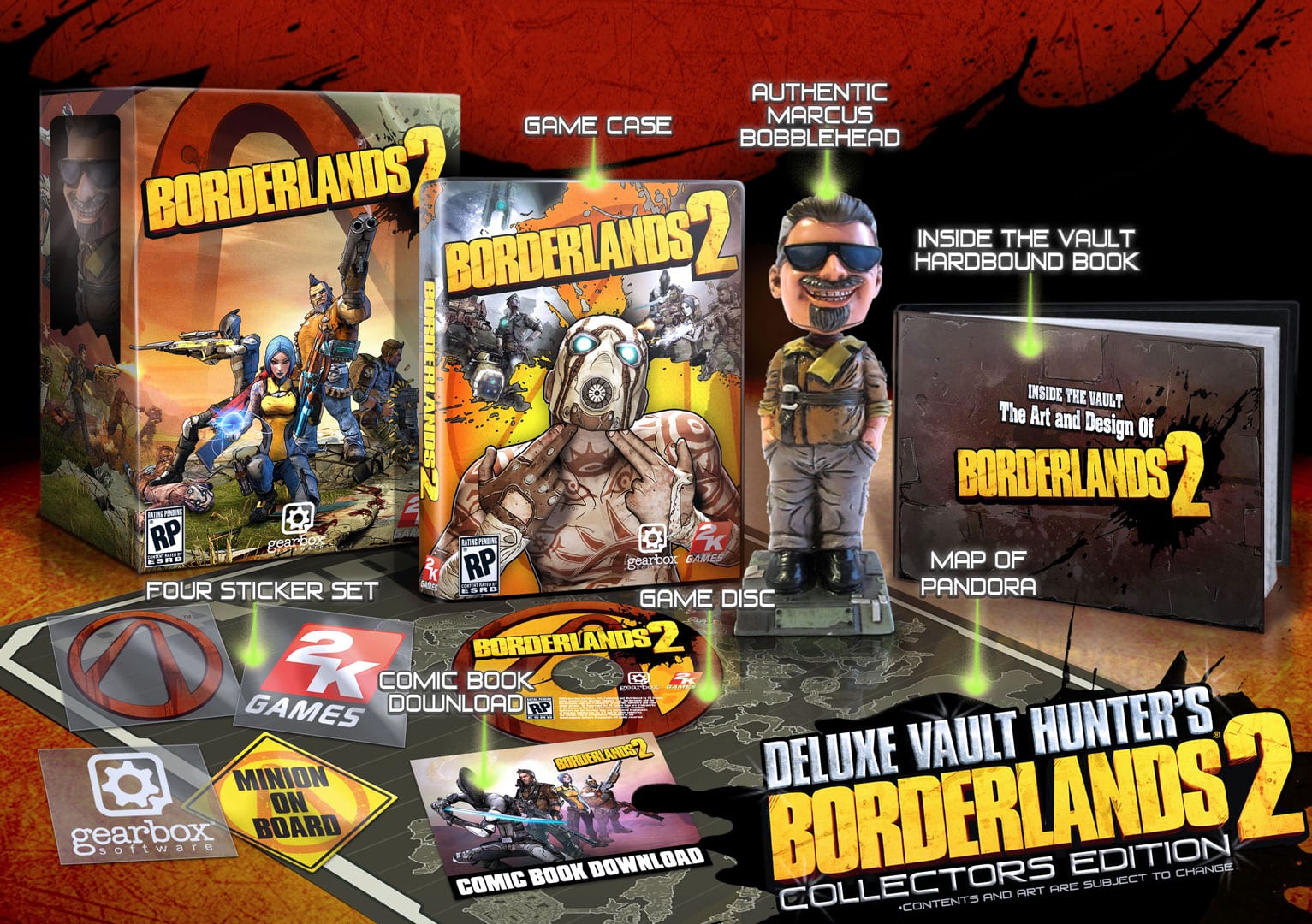 If you want to get an even better package, why not spend $50 more for the Ultimate Loot Chest Limited Edition, which comes in a replica loot chest and includes everything from the Deluxe version plus a SteelBook case, a creatures of Pandora identification chart, lithograph postcards, field notes from Sir Hammerlock, a cloth map of Pandora, and a numbered certificate of authenticity.

Even if you decide to forego the above sets and simply want the game, pre-ordering it from participating retailers will grant you access to the Borderlands 2 Premier Club, allowing them to download the Gearbox Gun Pack, a Golden Key to unlock an in-game race, the Vault Hunter’s Relic to boost your fortune, and an all-new fifth character class: the Mechromancer.