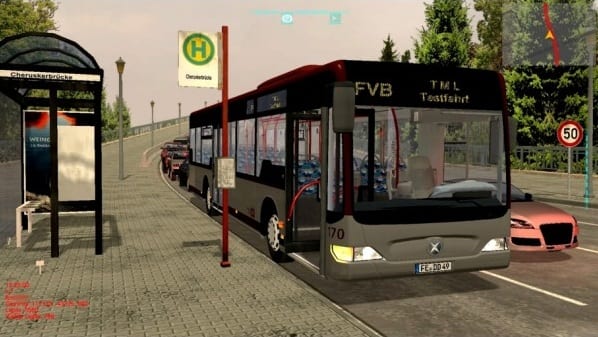 While most simulation video games strap you behind the cockpit of military fighter jets or even high-speed race cars, TML Studios wants you to ease into the world of a professional bus driver in its upcoming title European Bus Simulator.

European Bus Simulator recreates all the miniscule tasks bus drivers need to be mindful of during their workday and brings it to you on the PC. These include preparing the day’s schedule, monitoring your fuel and engine levels, and even clearing up those steamy windshields. Because the game captures things in crisp detail, the passengers you pick up and drop off will range in appearance and personality and the city you drive through will be bustling with life. When you’re done driving people around, you can also walk around and explore the city you so enthusiastically serve.

This isn’t the first time TML Studios has decided to make a game about driving jobs. The studio also released New York City Bus Simulator and even Tow Truck and Delivery Truck titles.

These games are great when you want to get a glimpse at the daily lives of many citizens. Just take a look at the trailer to see how a bus driver’s life isn’t as easy as it looks.

Ever dream of being a bus driver when you were little? European Bus Simulator is available worldwide on May 31.