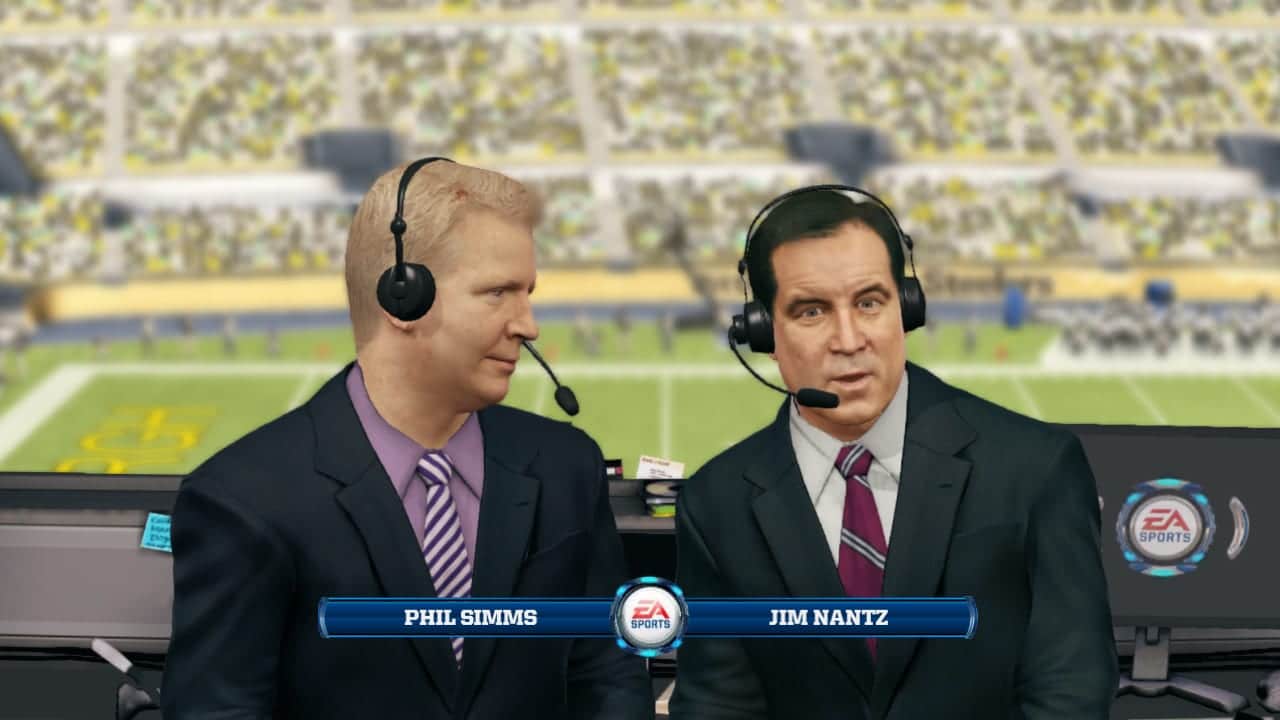 EA knows watching a football game is a complete sensory experience and hopes to give Madden NFL 13 fans the closest experience possible to attending an NFL game without actually buying a ticket.

In its latest NFL playbook, EA highlights the game’s enhanced audio system including the new commentary team of Jim Nantz and Phil Simms, the award-winning broadcast duo who have worked together since 2004 as the top team of the NFL on CBS. The two have spent over 82 hours in the recording studio and have created over 9,000 unique lines of in-game dialogue, a majority of which were improvised on the spot.

The game also includes new dynamic sound effects and crowd banter as well as a newly orchestrated theme song by veteran composer Colin O’Malley. You can also check out EA’s website for videos and outtakes from Nantz and Simms’ recording sessions.