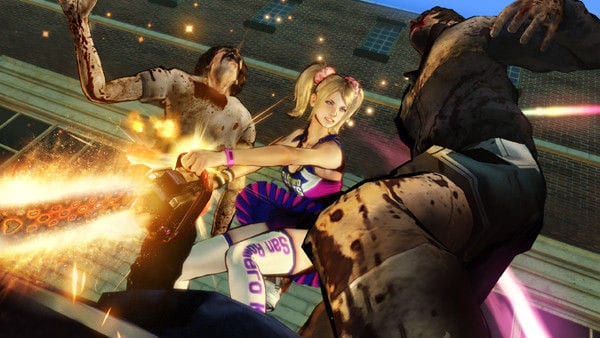 Juliet Starling is a zombie slayer trying to save her town from an outbreak of undead monstrosities. But, she’s also a high school cheerleader, and like any teenage girl her age, deciding what to wear is a big deal. At least, that’s the impression you’ll get when looking at her costume selection in [amazon_link id=”B005J5K9EI” target=”_blank” container=”” container_class=”” ]Lollipop Chainsaw[/amazon_link].

You won’t need to do anything to get these outfits, as they will be unlocked as you make your way through the game’s campaign mode. Next time you find yourself facing zombies, remember to accessorize! Take a look at some of these costumes below, but expect to see a lot more including Japanese-themed costumes from various anime and manga series.

Lollipop Chainsaw comes out on June 12 for Xbox 360 and PlayStation 3. Check out our preview of the game and our interview with the game’s creator, Goichi Suda!