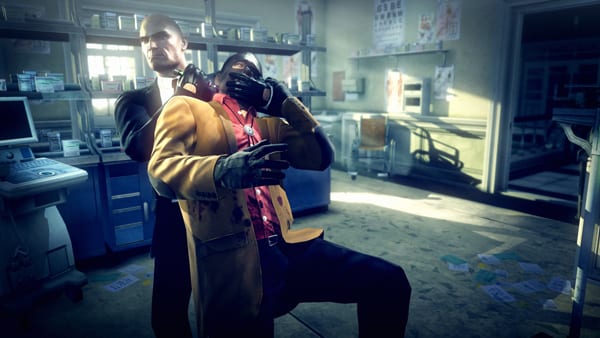 [amazon_link id=”B002I0H2G0″ target=”_blank” container=”” container_class=”” ]Hitman: Absolution[/amazon_link] is making its way to consoles and PC on November 20, but before you get your hands on Agent 47’s latest chapter, Square Enix wants to challenge your sniping skills first.

Available only for those who pre-order the game at GameStop, Hitman: Sniper Challenge is a downloadable taste of the game that also doubles as a contest. The game will put players behind a balcony and will task them with taking out Richard Strong, Jr., CEO of Stallion Armaments, and his staff of bodyguards. Your goal is to score as high as you can, discovering kill multipliers and added bonuses for hiding dead bodies. Online leaderboards will track everyone’s progress, and the top score by November 20 will win a trip for two to Copenhagen, Denmark where they will meet with the Hitman development team and have their likeness incorporated into the “next Hitman game.” Pre-oders for the game and the Sniper Challenge begin May 15.

Did Square Enix indirectly just confirm that another Hitman game is in the works? One thing’s for sure however, this pre-order incentive sure beats getting a code for an in-game weapon.