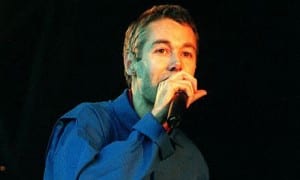 Adam Yauch, better known as “MCA” and 1/3 of the groundbreaking hip hop group the Beastie Boys, passed away today after battling cancer. He was 47.

Yauch had been undergoing treatment since 2009 following the discovery of a tumor in his salivary gland.

He co-founded the Beastie Boys with Mike “Mike D” Diamond and Adam “Ad-Rock” Horowitz in 1979.  The group’s first major-label effort,   Licensed to Ill, topped the Billboard 200 charts after its release in 1986, making it the first hip hop LP to do so. It featured a number of successful singles including “(You Gotta) Fight for Your Right (To Party)”, “Brass Monkey”, and “No Sleep Til Brooklyn”.

Yauch himself had a hand in organizing the Tibetan Freedom Concerts through his work with the nonprofit Milarepa Fund. Between 1996 and 2003, these concerts – featuring acts like Foo Fighters, Red Hot Chili Peppers, and Rage Against the Machine –  raised money for Tibetan independence.

In 2002, he founded video production company Oscilloscope Laboratories, which would go on to release films like “We Need to Talk About Kevin” and the Banksy documentary “Exit Through the Gift Shop”. Yauch, under a pseudonym, directed many of the Beastie Boys’ music videos, including “So Whatcha Want,” “Intergalactic,”  “Ch-Check It Out.”

Beastie Boys were inducted into the Rock and Roll Hall of Fame in Cleveland last month. Yauch was unable to attend, but band mates Ad-Rock and Mike D attended the ceremony and accepted the award, reading a letter that Yauch had written for the occasion.