Profiles in History, “the world’s largest auctioneer of original Hollywood memorabilia”, announced yesterday that it will offer an as-yet unmatched collection of Willy Wonka & the Chocolate Factory memorabilia for auction this July.

These props are of the last few remaining from the film’s production: the day after shooting wrapped, “Cabaret” began shooting on the same location, and the majority of the Wonka props were discarded.

Also up for grabs are three items from the personal collection of Julie Dawn Cole, who played Veruca Salt. A screen-used “everlasting gobstopper”, one of only two known to exist, comes with a notarized letter written by Ms. Cole describing its 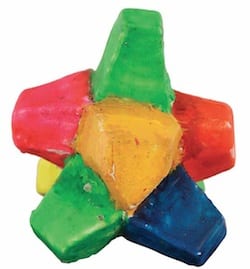 significance in the film. A golden egg, also including a notarized letter, used during one of the film’s musical numbers, is also included. Last, but not least, is an original Golden Ticket, found by Salt’s father and presented to her in the film.

Other items include a prop “Scrumdidlyumptious bar” from the collection of actor Peter Ostrum, who played Charlie Bucket, expected to fetch $3,000 – $5,000; a collection of five prop Wonka chocolate bars; and a screen-worn Oompa Loompa costume – the only complete costume of the kind known to exist.

More details on the auction are expected to be released soon.