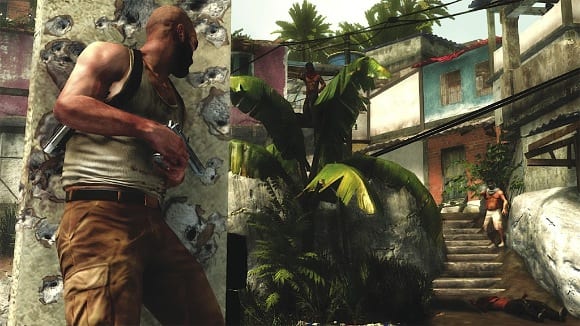 Rockstar today announced its plans to release seven DLC packs for Max Payne 3 starting this summer and ending in the fall. The DLC will focus primarily on the game’s multiplayer, adding new maps, challenges, and multiplayer avatar items.

Similar to what it did last year for L.A. Noire, the developer will also be releasing a Max Payne 3 Rockstar Pass, letting players take advantage of a 35 percent savings on all the planned DLC by purchasing them in advance and redeeming them when they become available. The Pass will be be available for 2400 Microsoft Points or $29.99 on PlayStation Network.

The Local Justice Map Pack will come in June and give players the Police Precinct map for Gang Wars, Deathmatch, Team Deathmatch, and Payne Killer multiplayer modes. It will feature new maps for these modes as well as additional challenges.