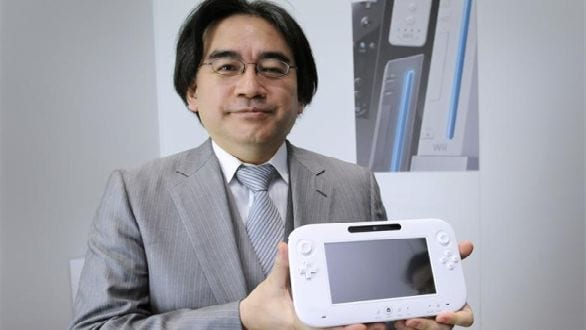 During an investor’s briefing today, Nintendo CEO Satoru Iwata announced that pricing details for their upcoming Wii U console would not be disclosed at this year’s E3 and that his company is exploring digital distribution of its 3DS and Wii U titles.

One of the first games that will be offered digitally as well as in packaged form is New Super Mario Bros. 2 coming to the 3DS this August. Onitore, the next game in the Brain Age series, will also be sold digitally.

Iwata also wanted to give consumers access to both mediums to give them flexibility and peace of mind. Some want the ease of buying games without having to leave their homes. Others don’t want to worry about how much space they have on their SD cards, so they’d rather own a physical copy of their game.

Nintendo’s method of selling digital software will involve its eShop, but it will also let retailers sell redeemable codes that they can price as they see fit, similar to how they set the pricing for packaged software. Iwata wanted to ease the “psychological barrier” consumers sometimes face when making online purchases. Not everyone owns a credit card, and even if someone does, that person might not feel comfortable inputting his payment information online.

Wii U will implement digital distribution from day one and future Wii U titles will be offered in dual formats as well. Which ones, if all, has not been disclosed, but it’s great to see Nintendo catching up to competitors and giving players more options on how they purchase their games.