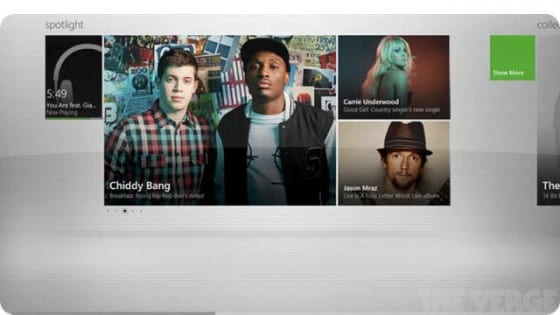 A new report from the Verge  claims that Microsoft will show off a brand new browser based music service aimed to rival the uber-hot music streaming service Spotify at this year’s E3.

Citing unnamed sources, the browser based project, code named Woodstock will allow users across multiple platforms including Xbox, iOS, Andorid and windows phone to share tracks and create group playlists. It will also reportedly also feature a system similar to Match on the iTunes.

Blast will be at this year’s E3 to bring you all of the up to date gaming — and music streaming goodness.