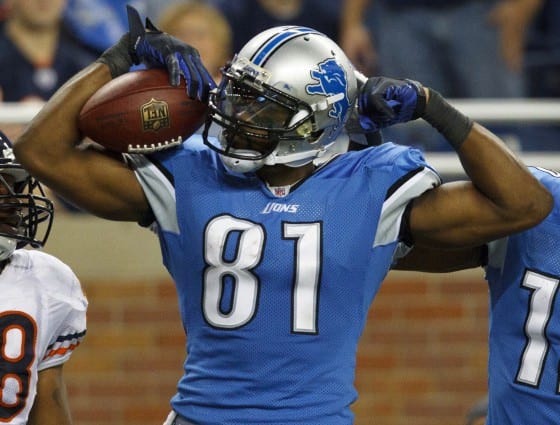 Quarterback and last year’s rookie of the year Cam Newton in the finals 52%-48%.  The announcement came earlier today on ESPN’s Sports Nation.

Johnson’s selection is no doubt a result of the Lion’s best season in decades, whcih the WR was a major part of. With 96 receptions, 1,681 yards and  16 touchdowns, the Lions made their return to the playoffs this year, after starting the season 6-0 and taking second place in the NFC North.

New details have also come out regarding the actual content of this year’s game. The big news? Gus Johnson is of course gone following his departure from CBS last year, but this year brings the addition of Jim Nantz and Phil Simms, CBS’ premier commentary duo. Though the game will retain Madden’s signature production style, EA Sports looks to have the commentary from Nantz and Sims to be more free-flowing and context sensitive, meaning that the duo will comment on everything from how your season is going to news from around the league.

The team at EA promises that this year, the commentary will feel much more natural, and there won’t be as much dead air since unlike the duo of Chris Collinsworth and Gus Johnson, who never got in a booth together, Nantz and Sims not only did, but they’re old pros at it, and it’s a chemistry that EA hopes will make this year’s Madden a much more realistic one.