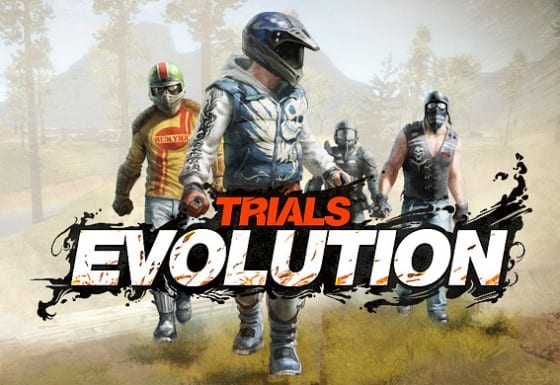 Developed by: Red Lynx
Published by: Microsoft Studios
Genre: Racing, Physics Puzzle
Platform: Xbox Live Arcade
Play it if: You need more crazy jumps in your life.
Skip it if: You are frustrated easily.
[rating:4.5/5]

The original Trials game was an online phenomenon, occupying any decent procrastinator’s tab at work or school. A couple of years back, Trials HD brought the much adored franchise to Xbox 360 with enhanced graphics, realistic physics and a level of difficulty rarely seen in modern games. When Trials Evolution released last week, it broke XBLA records for most units sold in a single day. The demand for the game is more than present and thankfully, the addicting gameplay that made the original so memorable is back, and it is better than ever. 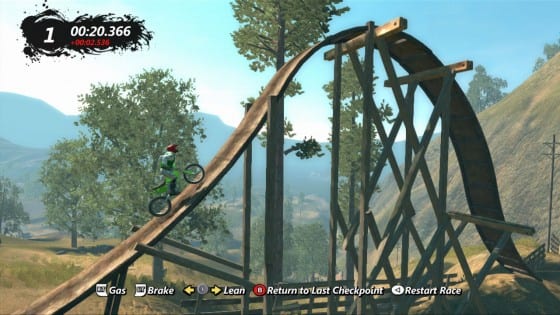 Simple to pick up, impossible to master is the absolute core of the Trials series. You control a motorcycle rider on a linear path. The only thing you are allowed to do is adjust the throttle and adjust your lean forwards or backwards. The physics in play here can make or break a game, with a lucky bounce pushing you in the right angle or too much weight on one side making you slam on to the pavement. Checkpoints are gracefully placed before any obstacle on the track, letting you snap back to a safe spot instantly when you tumble off your bike.

What was arguably the only problem with Trials HD were the repetitive warehouse environments. Thankfully developer Red Lynx took that to heart and made every level in Trials Evolution stand out with unique environments. Some tracks will take place on a traditional dirt bike trail, while others will take top a mountain or into a warzone, replacing small hills with walls of explosives. This makes unlocking new levels an absolute joy. The line the rider follows will also swerve every once in a while, allowing for a new mix of challenges for new players. Throw in some sweet special levels like the 15 minute marathon that is the Gigatrack and the awesome nod to Limbo and the visual variety does not disappoint. 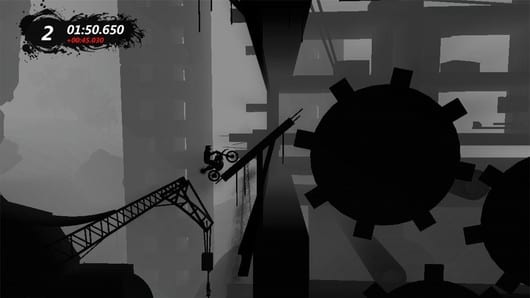 Multiplayer has been added in both local and online game modes. Every game mode is a variation of racing and time trials with each track being played twice in a two track “championship.” Crashes will cause you to lose points while a successful finish will earn you points depending on the position. Despite some long matchmaking times, it is a fun distraction and can be even more competitive locally.

The quirky skills circus from the last game has been expanded, this time providing ridiculous challenges such as finishing a level without letting go of the throttle and replacing your motorcycle with skis.

Another nice touch is the level editor the designers used to create the game. The basic editor lets players post tracks online for others to try, but the advanced editor lets players rewrite the script of the game, allowing for different styles of genres to be explored. Bring back Marvel Madness? Create a 3D Angry Birds? The possibilities in store are ridiculous and a strong community is sure to keep the content coming.

As far as bang for your buck, you cannot go wrong with Trials Evolution. Sixty single player levels, a fully-fledged level editor and a strong multiplayer suite are more content than some retail games offer. Trying to break gold in every level is a mad man’s task, especially when you reach the devilish “Extreme” difficulty, but the sense of progression is always present, with new gear for your bike or rider being constantly unlocked. When it comes down to it, if you ever spent time on Addictinggames.com while you were supposed to be writing a ten page paper, you owe it to yourself to get Trials Evolution.