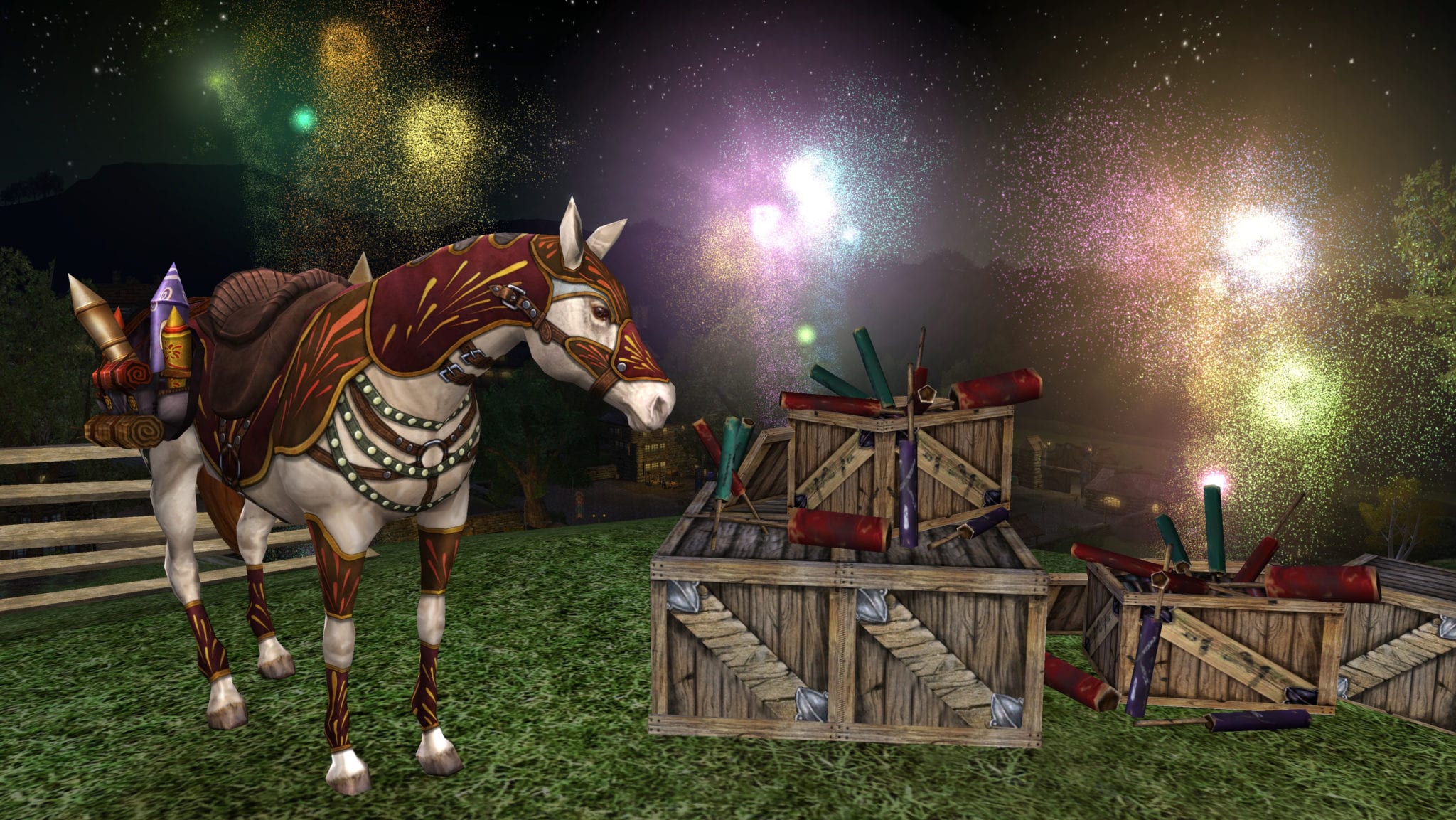 Five years ago today, The Lord of the Rings Online was first released. Turbine is now celebrating the game’s anniversary with a bevy of in-game festivities and a contest for the biggest LOTRO fan.

The game’s fifth year anniversary festival kicked off on April 16 and will run until April 30 letting players partake in the festivities and receive gifts depending on their subscription type. All players will receive unique fireworks and an anniversary cloak, and premium and VIP players will receive gifts for each year their account has been active. These gifts range from character portraits, speed boosts, and even a brand new Festival Azure Steed. Additionally, the in-game festival will include brand new quests, a double XP weekend, and much better loot drops.

Fans who really want to show their love for five years of LOTRO can also enter Turbine’s contest that asks “Who is the Biggest LOTRO Fan?” Participants can make their own video showing their dedication to the game by reenacting their favorite quest or simply telling the team why they should win. There will be a daily winner who will receive 500 Turbine points. At the end of the contest on May 4, the grand prize winner will win a trip to Turbine Studios in Boston.