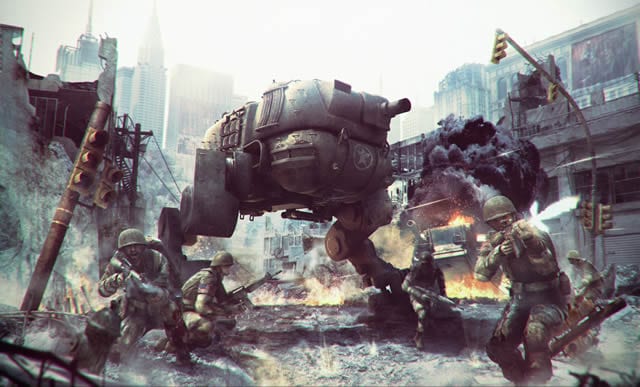 Steel Battalion Heavy Armor takes place in a future where computers are nonexistent and superpowers are at war for world domination. The United States military, however, has a weapon that might help determine the course of the war – the Vertical Tank – and the game puts you in the driver’s seat.

Today Capcom revealed three sets of extra armor you can use to suit up your Vertical Tank even more. You’ll get two different pieces of equipment depending on where you pre-order your game from, so choose wisely as each armor has different effects.

The game will also mix regular controls with Kinect voice commands to make you feel like you’re in the battlefield. Steel Battalion Heavy Armor comes out June 19 exclusively on Xbox 360.