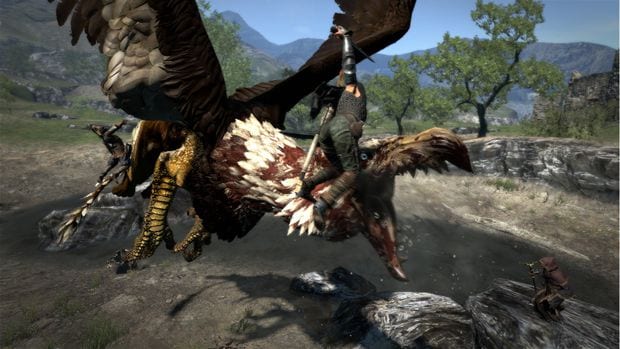 Anyone anxiously waiting for Capcom’s upcoming RPG title can get a taste of the action when the demo for Dragon’s Dogma hits Xbox Live and PlayStation Network tomorrow.

The demo lets players control a party of three Pawns and lets you design and control two of the game’s character classes, the Fighter and the Strider, and play through two unique encounters. As the melee professional Fighter, you’ll venture through underground tunnels until you battle the deadly Chimerain. Using your daggers and bows, you’ll then lead the Strider on a quest to defeat the mighty Griffin.

One of the neat parts about the demo is that you can take time customizing your characters using the in-game character creation tools, and then easily export them to the full game once it launches next month.