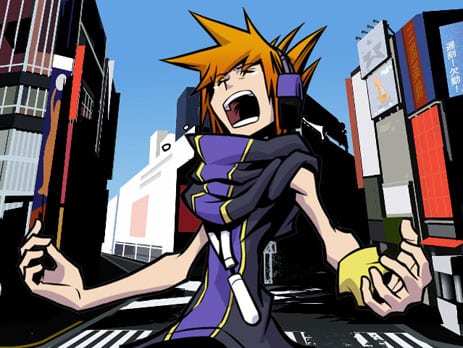 The World Ends With You came out in the US back in 2008. Its catchy soundtrack and unique dual-screen battle system made it stand out from most DS games released at the time. Since then, fans have been wanting a sequel, and it sounds like the game’s co-creator Tetsuya Nomura was listening.

Rhyme, one of the characters from TWEWY, makes a cameo appearance in Kingdom Hearts 3D: Dream Drop Distance, another one of Nomura’s games. In an interview in the latest issue of Nintendo Dream, he states that the team decided to give Rhyme lines and a voice actor “with the future of The World Ends With You series in mind.”

What’s more, Nomura also finished the interview by further hinting at a sequel and saying, “Regarding The World Ends With You, I can’t say anything right now… (laughs). But there probably is something.”

Considering the original game did a great job implementing gameplay on both DS screens, its sequel could do an even better job with the 3DS’s added features. The game could let players trade battle pins, have Street Pass battles, and so much more. We’ll just have to wait and sit tight for more updates!