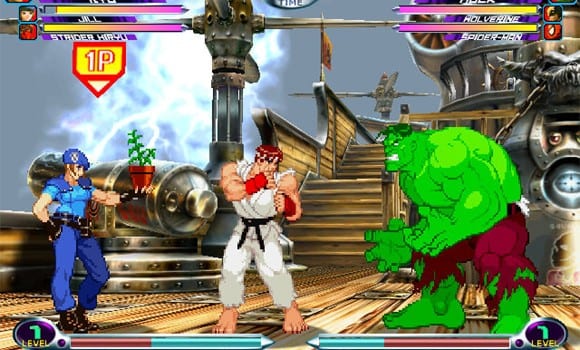 Capcom just announced that their classic fighting game Marvel Vs. Capcom 2 will be making its way onto iOS devices on April 25.

The game sounds like it will be a direct port of its console and arcade counterparts sporting a 56-character roster including Wolverine, Ryu, Iron Man and Mega Man, and its Variable System that lets players tag in other team members at any time. Team Hyper Combos will also make their return letting all three characters unleash their ultimate attacks at the same time.

It’s great to see Capcom expanding its console games onto iPhone and iPod Touch devices, but because the game was meant to be played with a controller (the original came out in arcades back in 2000,) the game’s controls probably won’t be that great.

While past Capcom games on iOS devices have included a touch-screen joystick, it definitely doesn’t beat having an actual controller. Let’s hope Apple hurries up and releases its own iController sometime soon.