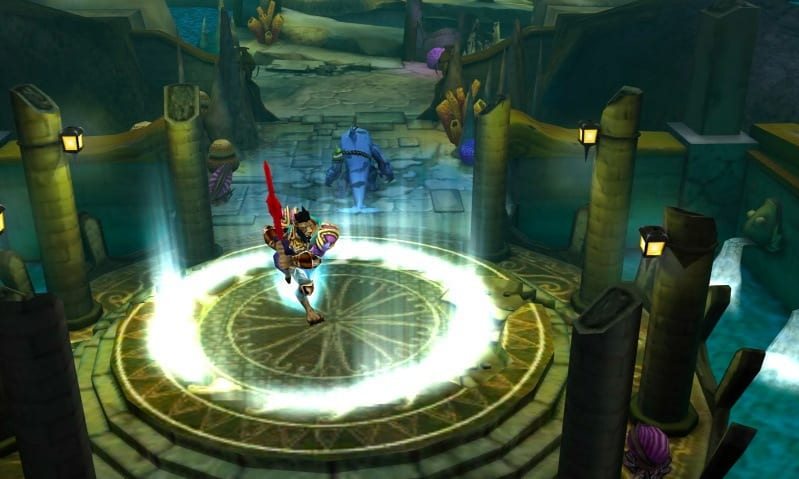 Heroes of Ruin is a multiplayer action RPG being developed by n-Space that hopes to bring a few new features to the 3DS it hasn’t seen before. During PAX East, I got to play a demo alongside the team’s senior designer Charles Valentine Stuard, who not only guided me through the game’s basics, but also saved my life a few times mid-battle.

Upon first glance, Heroes of Ruin reminded me a lot of another Square Enix published title Dungeon Siege III, both by its fantasy setting and its quest-driven gameplay. Playing from an isometric perspective, up to four players can embark on a quest to find the cure for the king of Nexus, who has been poisoned by a terrible curse. The game offers many side-quests aside from the main story-driven ones, with one quest allowed active at a time. Because dungeons randomly generate, you’ll also never feel like you’re playing the same exact game.

The best way to experience Heroes of Ruins is to play it with other people. Once I joined Stuard’s host game, I got to choose my hero and customize his appearance, clothing, and even give him a name. The final game will have four characters to choose from including the heavy-hitting Savage and the Alchitect, the game’s mage. The demo I played, however, only had the gun-wielding Gunslinger and heavily armored Vindicator to choose from. 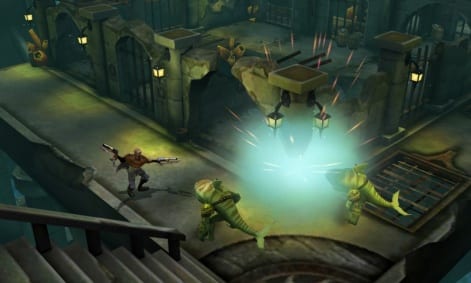 I chose the Gunslinger and Stuard played as the armored Vindicator. My character did basic attacks with the B button, and pressing or holding the A button let him perform his chargeable scatter-shot attack. The remaining face buttons come into play when characters level up and learn new special moves. While you can charge some moves, most are quick to come out. Not only that, but I also noticed that the energy meter that depletes when you perform special moves refills rather quickly. The game is action-oriented, Stuard said, so he wanted players to be able to attack right away rather than worry about what they were allowed to do.

Making our way through the labyrinthine forest level meant running into swarms of undead enemies and the occasional puzzle too. The puzzle we encountered required us to light up four runes by hitting them, but each attack also shut off a different one. Stuard stood back while I solved it, and explained that when playing with a party of four, some puzzles can be solved a lot more easily and quickly than if it’s just one or two people playing. Teamwork is definitely important, even during battles. Spiders can trap you with their web, and while you can tap buttons to escape, it’s a lot more effective if your teammate comes to free you.

Monsters you defeat give you experience points and drop loot that you can pick up, equip, or sell at the touch of a button, and standing over an item lets you see its attributes. It’s literally first come first serve when it comes to getting items, so if you don’t want an item, just don’t get it. You can also drop them or trade them with your teammates for loot or gold. Stuard also explained the Traders Network that sends any item you sell to anyone’s store you make contact with via Street Pass. With over 80,000 items in the game, this looks very promising. 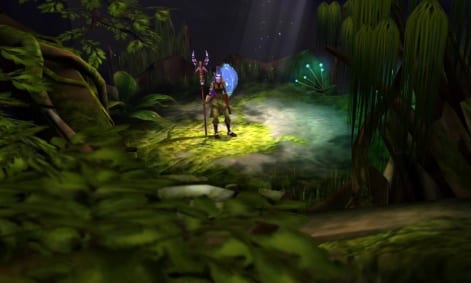 The last part of the demo had us facing a mini-boss that mostly required us to mash buttons to whittle down her health. When someone dies, that person gets sent to the last checkpoint. If all party members get wiped out, they will need to restart that quest from the beginning. Stuard mentioned that heroes have certain synergies with one another, so the most efficient party has one of every hero. We still managed to defeat the boss with ease, even though I did die a few times.

Stuard and I played a local game, but Heroes of Ruin will also provide lots of online features not seen in a 3DS game before. Online matches are conveniently drop-in drop-out, so even if your friends leave your game unexpectedly, the enemy’s levels will be adjusted right away so you can continue playing by yourself. You can also chat with your friends using the 3DS’s microphone or by plugging in almost any headset, adding greatly to game’s already social aspect.

With over 15 hours of gameplay, customizable characters, an extensive inventory, and randomly generated dungeons, RPG fans and 3DS owners are in for a treat when Heroes of Ruin comes out on June 23.