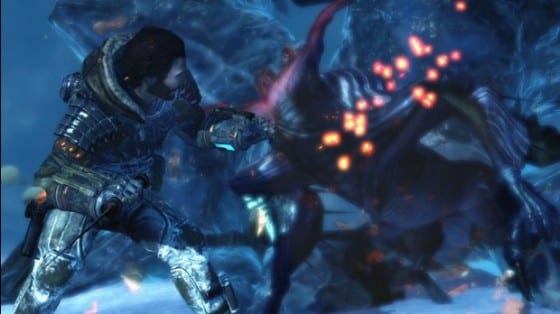 Quick! Everyone think of a sequel but they’re not dying for, but wouldn’t mind. Lost Planet 3? I know right! So yeah, Capcom has officially announced the third game in the frozen survival series. It’s okay, you can shrug your shoulders now.

Perhaps that’s a bit harsh, as the first trailer for the game is anything but business as usual. The game introduces Jim, a rig pilot who takes a lucrative job on E.D.N. III, the snowy planet of the first game. While take a survey of the land and obtaining core samples from the ground, Jim is ambushed by the Akrid, which begins Lost Planet 3 proper.