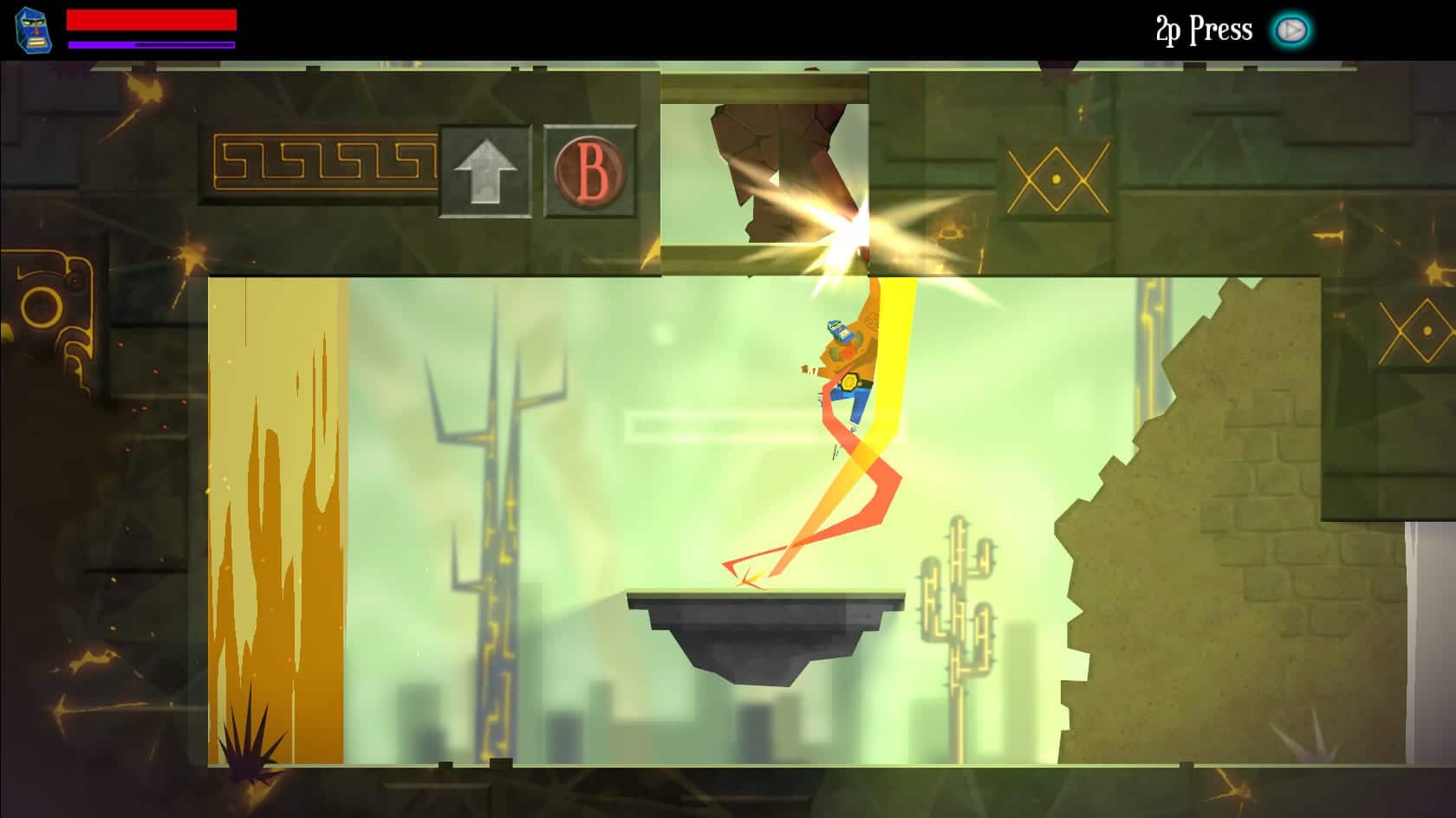 Aside from being a clever portmanteau that makes me think of brawling avocados, Guacamelee is an incredibly charming platformer by Drinkbox Studios that was as much of a joy to play as it was to just watch. What really drew me into the game, aside from its tried-and-true “Metroidvania” genre, was its colorful art style and the fact that the game is inspired by Mexican folklore.

The game’s main character is Juan Aguacate, an agave field worker who gets killed and finds a magical luchador mask in the world of the dead that not only brings him back to life but also grants him the wrestling powers he needs to stop his killer from uniting the world of the dead with the living. One of the animators working on the game is himself Mexican, and serves as the team’s go-to person for reference questions. Of course, the team has taken liberties with its game, but you should definitely expect to see various motifs and cultural allusions as you play.

Combat in the game revolves around, appropriately enough, melee moves that you can expand. Juan can do basic punching combos, but he can also grab and throw enemies onto each other and roll to dodge attacks. Common wrestling moves like pile-drivers and uppercuts also appear in the game, but these moves are unlocked with the story and make Juan not only stronger, but also let him explore areas that are initially blocked off. Other moves like turning into chickens to explore small areas are as funny as they are helpful. 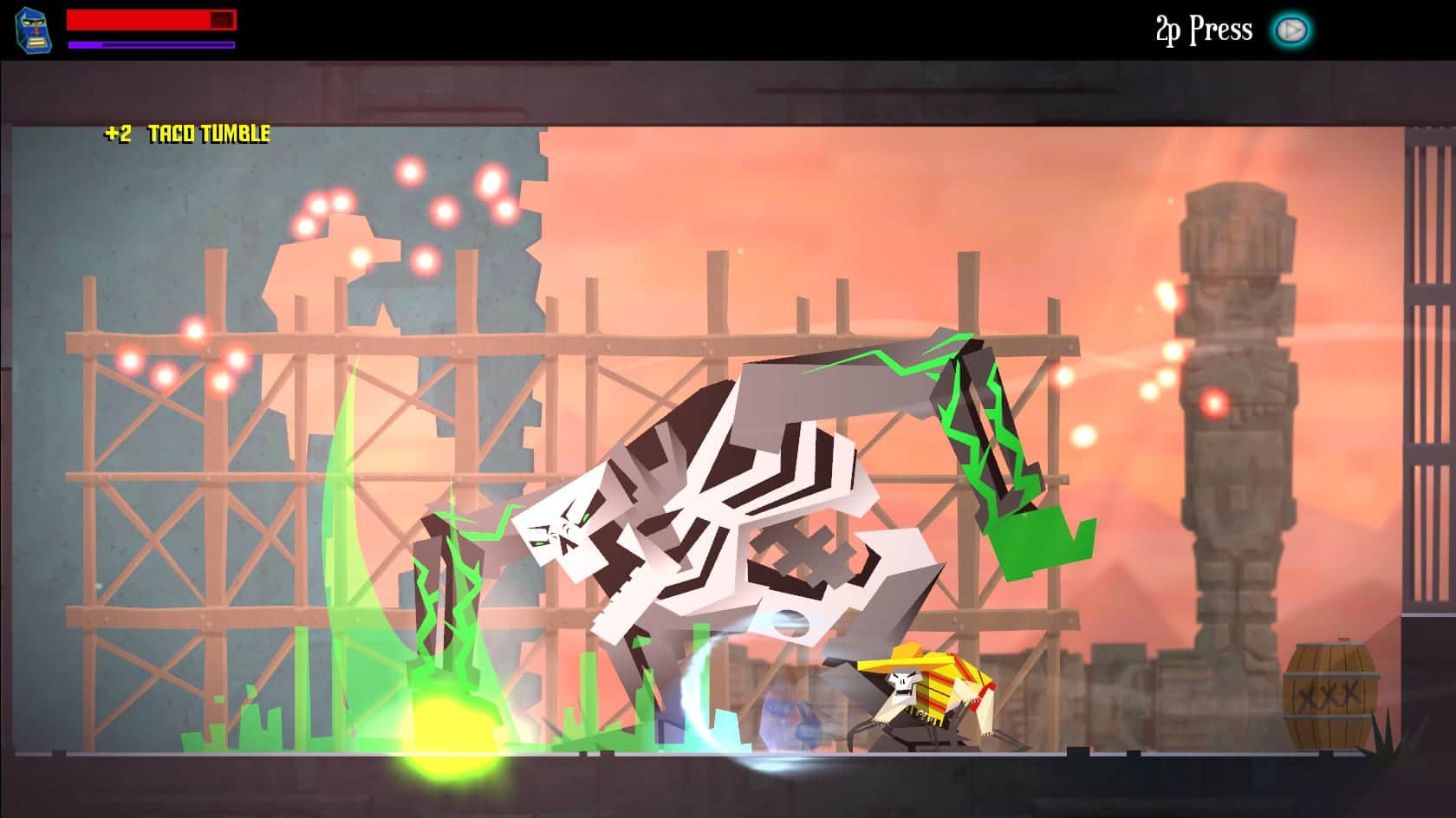 My time with the game let me explore a large part of the world that included as much wall jumping as it did combat, but it also introduced a unique ability that let me switch between the world of the living and the world of the dead in an instant. Once Juan gets this ability, you can press a button and dimensions will change causing lava, for example, to turn into water or an invisible platform to appear. This feature reminded me a lot of Mighty Switch Force since you sometimes had to time your jumps with the dimensional shifts. Not only does this set the stage for puzzles and exploration, but it also affects combat since some enemies will also escape into the other dimension during fights.

I played through the demo with the game’s technical director via local co-cop who took on the role of the game’s female protagonist. As we were individually fighting our own targets, he told me his team is working on implementing more co-op moves that let players combine and link attacks more dynamically.

Drinkbox hopes to release the game on all consoles by the end of the year and is working on finishing up the game by building their world even further. If the demo is any indication, Guacamelee is another great example of how studios can expand on a genre and still keep their games feeling fresh. (After all, the best guacamole is, in fact, made with fresh avocados)