A new title from Paradox Interactive may just be the sleeper hit of the convention. War of the Roses is an original take on the team deathmatch formula, one which brings new life and a new setting to a well trodden area of gaming. Here is our hands on.

Taking place during the titular War of the Roses (between the British families of York and Lancaster) the game seeks to become a “medieval Battlefield 3.” Our hands on consisted of a standard team deathmatch between 6 players. At the beginning of each round you were allowed to choose a class which ranged from a standard foot soldier armed with a sword and mace to a longbowman lacking armor but rocking range. 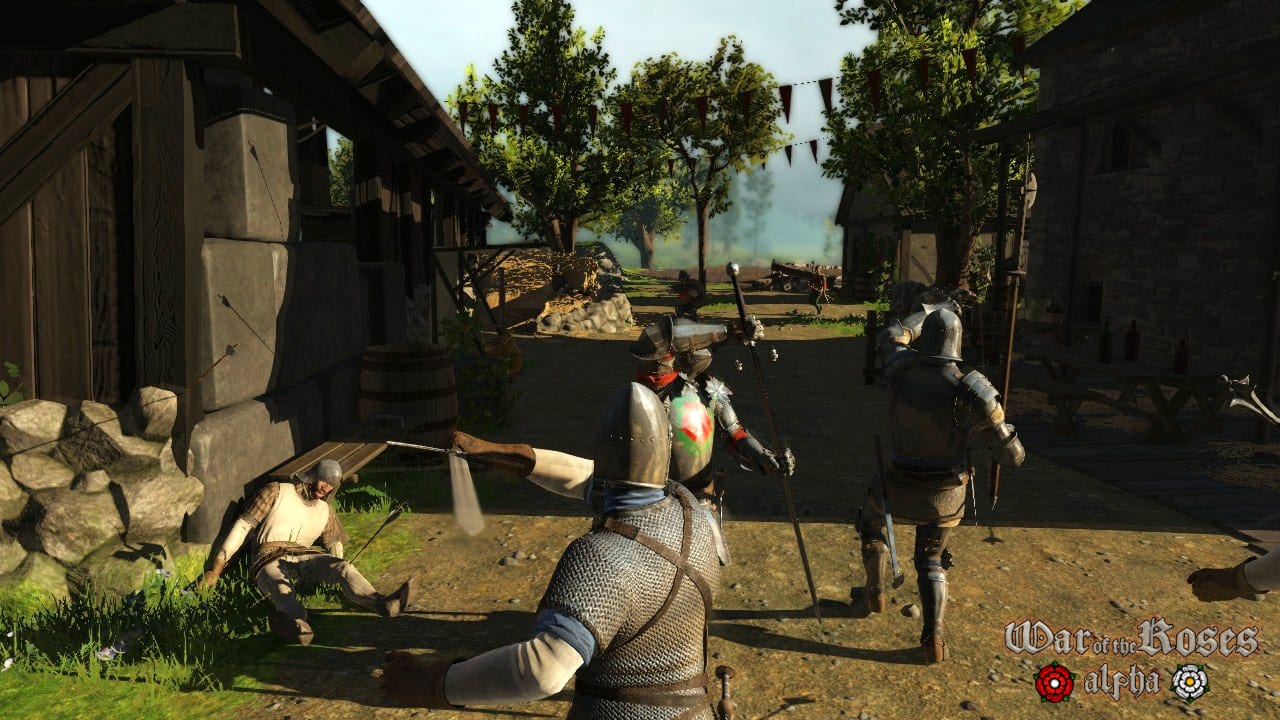 To be honest, we were expecting the combat to come off as clunky and unorganized, as most melee first multiplayer games have in the past. However, War of the Roses features some radically intuitive combat. The PC only title has you use the mouse of aim the direction of your blow. You can charge up a blow by holding down the left click, and while it may deal more damage, it will cause you to leave your guard open for a counterattack. On the defensive end, one can use the mouse to parry in any direction. A correctly blocked blow will stagger an enemy, giving you the chance to move in for the kill. Realistic weapon physics really help make War of the Roses a unique experience. If a blow swings too wide it may strike a rock or a tree, causing you to stagger back and leave yourself open. Once an enemy has been downed, the game allows you to execute them with a brutal stab in the face. 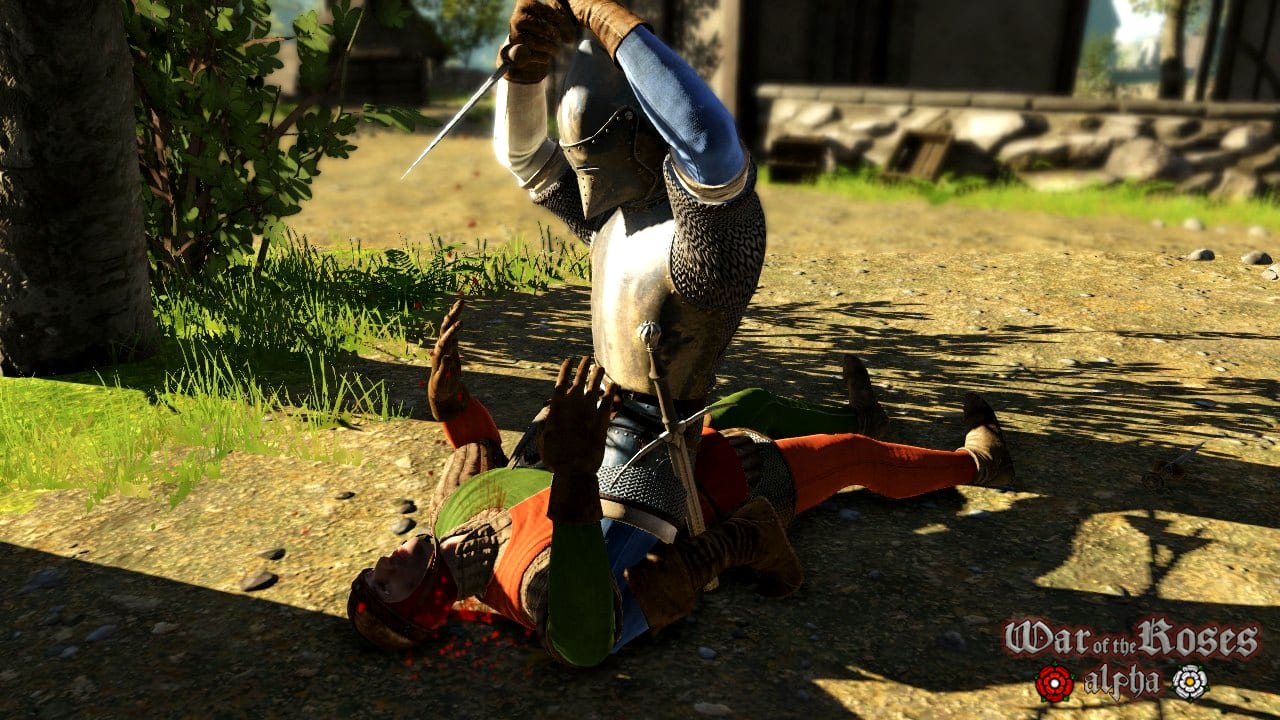 On the ranged side, playing as a long bowman or crossbow soldier provides its own challenge. Ranged units do not benefit from the heavy armor that most other units sport. For that reason, a strong blow by a two handed sword can be lethal. As payoff, one is much more maneuverable as an archer, allowing you to strafe around a knight and shoot them in the back. However, if a shot is not strong enough, it will not pierce the armor unless it strikes any exposed flesh. 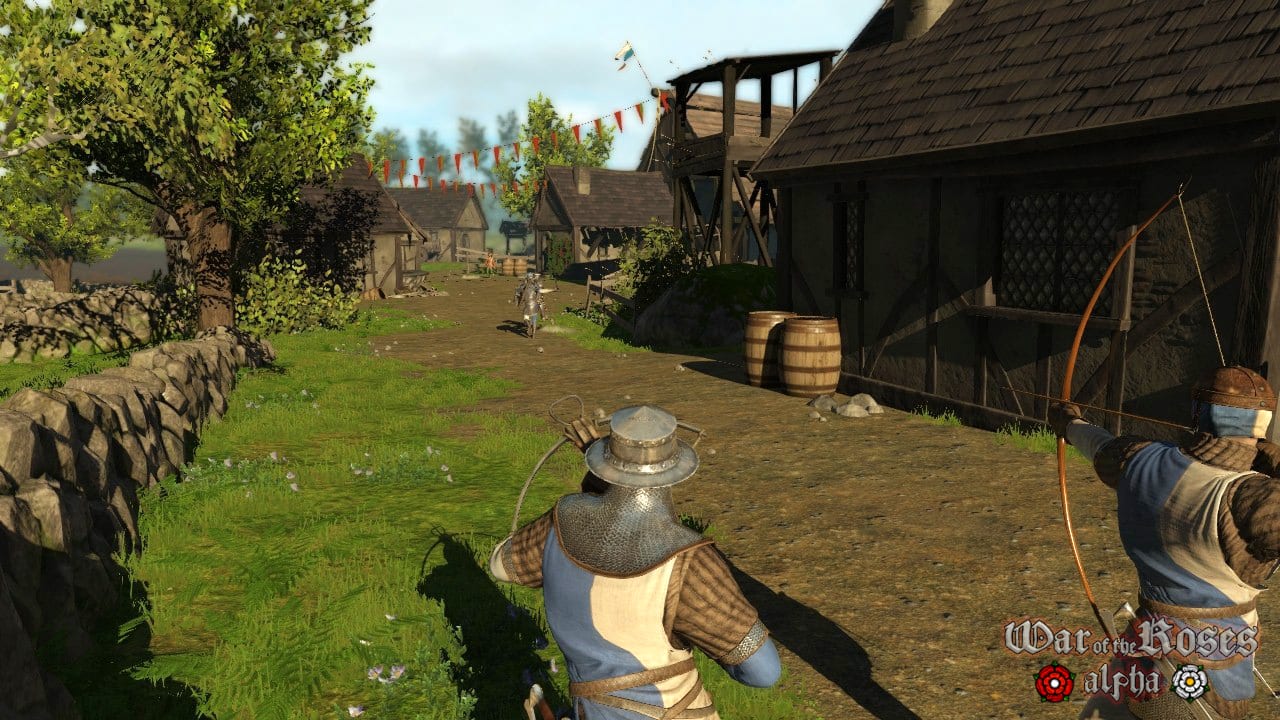 Upgrading will occur much like any other muliplayer game. While the economy for player progression is not set in stone, the developer assures us that one will see a clear sense of progress the longer one plays.

Paradox is putting a lot of effort behind this title and the potential is ridiculous. If they can deliver on the promise of larger maps, dozens of players at once, and horse combat, this may be a must own PC exclusive this year.