NeatherRealm studios have done a fantastic job bringing back the Mortal Kombat series with last years critical and financially successful reboot. Now they are attempting to break into the handheld market with a straight port from their console game onto the PS Vita.  Here is our hands on. 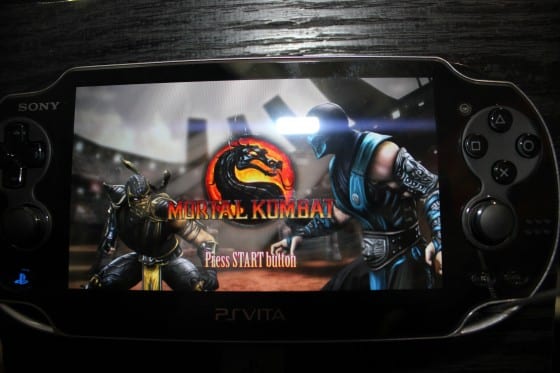 First things first, Mortal Kombat for the Vita is running on the Unreal Engine 3 and it shows. While it is not a one to one port, NeatherRealm is not toning anything down. Full blood effects, gore on characters and sharp as a knife textures pop out from the screen. The OLED display does these graphics justice, providing bright colors and fantastic lighting.

The entire combo list from the original game has been ported and it works surprisingly well in the smaller package. While the d-pad is not as intuitive as we would like, the back touch panel has not been mapped to any controls, allowing you to spread your fingers and hold the system as you wish. Fatalities utilize the front touchscreen interestingly, letting you perform a finishing blow by swiping your fingers through the screen rather than putting the input on the pad. 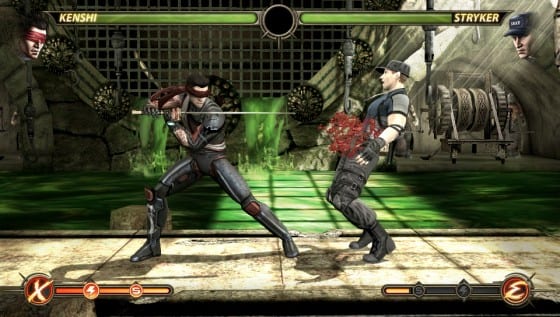 Vita users will be happy to see a complete roster of Mortal Kombat characters including the additional DLC ones such as Freddy Krueger. Furthermore, there are new levels in the challenge tower, many of which use the Vita’s touchscreen, such as the Fruit Ninja-esque “Test your Slice.” Just replace fruit with human heads and you get the idea. New items also litter the Krypt, giving old fans a reason to come back to this awesome fighter.