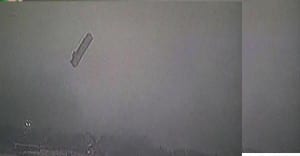 STATE COLLEGE, Pa. — AccuWather.com  — Tornadoes are hitting near Dallas and Fort Worth, Texas.

2:13 p.m. CST: @jimwxgator: DFW airport is sending terminal passengers into storm shelters due to tornadoes tracking towards the airport

2:04 p.m. CST: Tornado is heading right toward DFW airport. That could be a disaster.

1:52 p.m. CST: @Henry_Margusity: The storm by Arlington looks like strongest of the two storms now. #tornado

1:40 p.m. CST: Tractor trailer being tossed in the air from the #dallas tornado” pic.twitter.com/2IScc0au (via @MikeMasco)

1:39 p.m. CST: A tornado is moving right through downtown Arlington, Texas. This is a very dangerous situation.

1:23 p.m. CST: “This is a potential disaster for east Dallas as the tornado is tracking straight north toward Dallas,” @Henry_Margusity.

A slow-moving storm system centered over northern New Mexico is the culprit behind the severe storms. This system will be slow to inch its way towards the southern Plains by Wednesday morning.

In a setup more typical of late spring or early summer, unusually warm and moist air will continue to surge northward across the southern Plains, the Tennessee and Ohio valleys, acting as the fuel for storms.

With the peak of the severe weather season across the southern Plains occurring during the month of April, it comes as no surprise that the region is under the risk for severe storms.

Similar to Monday evening’s storms that crawled through the Texas Panhandle as well as western Oklahoma and Kansas, the primary threat with today’s storms will be hail.

Some of the hail will be very large, in some instances bigger than the size of golf balls. Hail of this magnitude can cause damage to automobiles, rooftops and even vegetation.

Strong and potentially damaging winds will also be associated with these storms today. Gusts with the strongest storms are likely to exceed 60 mph, which is strong enough the knock down tree limbs.

A few isolated tornadoes will be possible as well with the strongest storms.
The severe storms across the southern Plains are most likely during the afternoon and evening hours as a line of nasty storms slowly progress towards the east.

Cities that will be at risk include Tulsa and Oklahoma City, Okla., as well as Dallas, San Antonio and Tyler, Texas.

The severe threat is expected to continue into early Wednesday morning as the line of storms pushes eastward into Houston, Texas, Shreveport, La., and Fort Smith, Ark., as well as southern Missouri.

By Matt Alto, meteorologist for AccuWeather.com