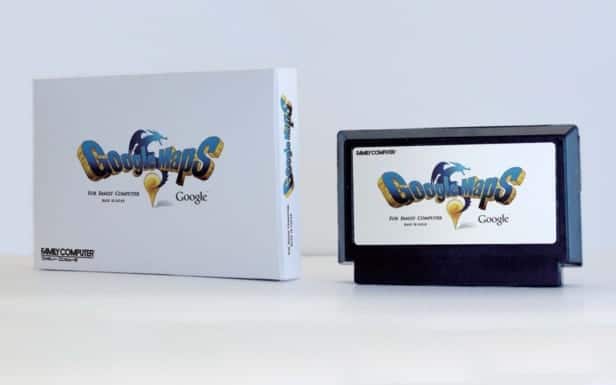 Have you ever searched for destinations using Google Maps but were upset that the resolution was too high or that places looked too real? Ever wanted them to look like a 1986 video game?

Today Google announced Google Maps 8-bit, a map searching tool for the Nintendo Entertainment System that enables the NES to connect to Google using over “100,000 servers.”

“Our engineering team in Japan understood the importance of maps on retro game systems,” said Google Maps software engineer Tatsuo Nomura. “With the power of Google’s immense data centers, and support from Nintendo and Square Enix, we were able to overcome the technical and design hurdles of developing 8-bit maps. Today, we’re excited to announce the result: a version of Google Maps for NES, with beautiful low-res graphics, simple and intuitive controls, and a timeless soundtrack.”

While it will be available in the Google App store soon, everyone can try out the 8-bit version of Google Maps now by going to Google Maps and starting your “Quest.”