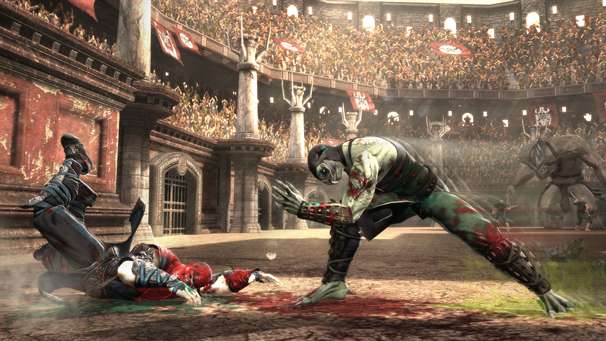 Warner Bros. Games and NetherRealm Studios have announced today that all you gore-loving Vita owners out there will finally get your hands on Mortal Kombat on May 1.

The fighting game that came out last year on consoles has been tailored fitted for Sony’s handheld and will include 150 new Challenge Tower missions, touchscreen fatalities and X-rays, and all previous DLC characters.

The PS Vita version of Mortal Kombat will be available next month, but if you’re headed to PAX East next week, be sure to visit Warner Bros.’s booth to practice all your killer combos!