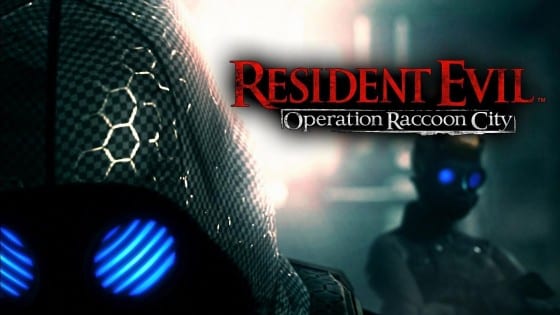 Developed by: Slant Six Games
Published by: Capcom
Genre: Shooter
Platform: Xbox 360, PS3
Play it if: You really (we mean REALLY) love Resident Evil
Skip it if: Just trust us. Skip it.
[rating:.5/5]

Maybe it’s my love for Back to the Future, but I’ve always liked the idea of going back and changing things, or seeing a different side of the story. That’s what immediately drew me to Resident Evil: Operation Raccoon City; the game that puts in the middle of the events of Resident Evil 2 and 3 and gives you the chance to play them from a different perspective. Early on in the playthrough though, I only wanted to go back and change one thing — the fact that I had to play this game. Resident Evil: Operation Raccoon City is nothing but a failure. Its mechanics are broken, it’s heartless and there are almost no redeeming qualities about it. In a case of life imitating art; Operation Raccoon City often feels like the soulless, brainless horde it pits you against.

It didn’t have to be that way though — Resident Evil: Operation Raccoon City is built on some truly great ideas. The game takes place during the events of Resident Evil 2 and 3, but from a completely new perspective. Your job as an agent is to expose the truth about the outbreak plaguing the city, but as an employee of the Umbrella Corporation, you’re goal is to cover up the trail that leads back to your employer, by any means necessary. It’s an interesting plot, and one that reunites you with some of the series’ biggest names, and asks you to make some pretty bold choices. At least…that’s what it should have done.

ORC is void of literally any unique plot twists or feeling in general. Here’s a game that literally had its plot written for it, and all the developers had to do was write a few twists that would resonate with their already established fanbase. Playing through ORC often feels like walking through a carnival haunted house — you know deep down that you should be feeling something, but you just can’t bring yourself to care enough. Towards the end of the game, you’ll be given a few choices as to just how the game will end, and they’re endings that have dramatic effects on how the Resident Evil series would play out, but by that point in the game I was so uninterested in what was going on that I couldn’t care less if everyone suddenly died. But hey, at least the shooting is good right? Right?!

There’s no other way to describe ORC other than calling it broken. Nearly every aspect is a mess, and doesn’t work anywhere near where it should be. Take the aiming for example; it’s either way to loose or way too slow, and you’re never really sure which one it will be. There’s also no real consistency in just what it takes to down an enemy at any given time. Took out an enemy easily in the last section? Don’t count on it in the next — hell, you may have to empty an entire clip into the same enemy type — and no, it’s not a tougher version of the same enemy, it’s just that uneven of a game.

The worst part though is easily the horrid AI throughout the entire game. Enemies will literally jump in front of your squad and move around wildly, then run in a random direction. They’ll also go out of their way to get shot by your ammo for some reason. Your squadmates aren’t much better either — they’re completely unaware of their surroundings, and will do everything from run into mines, to continuously try to run into the next room..through the wall of the room you’re in now. The first rule of a squad based shooter? You damn well better be able to tolerate the squad you’re with; but ORC often feels like a Disney movie about the world’s worst soldiers, except it’s not funny, and you’re going to have to deal with them the entire time.

The game gets a bit more enjoyable when you’re playing with real live friends, since you won’t have to deal with as bad of AI, and there’s some interesting multiplayer modes that allow you to play as some of the biggest names in the franchise, but the only real enjoyment you’ll have with ORC is when you’ve ingested a ton of alcohol with your buddies, and you Mystery Science Theatre the hell out of it.

The Blast Factor: What could have been a cool offshoot story in a long established universe is nothing more than a weak attempt to wring every last dollar out of an established franchise and its fan base. As a horror game, it’s weak. As a shooter, it’s broken — and as a Resident Evil game it’s just downright embarrassing. There’s literally no reason to play this game.