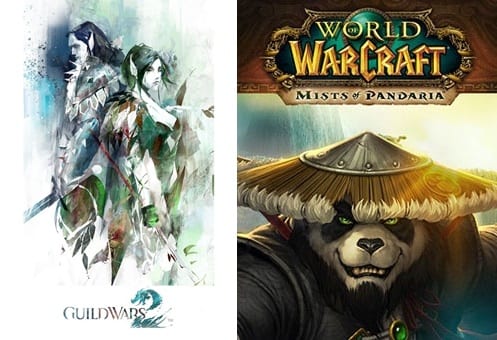 Always feel like you’re out of the loop when it comes to MMOs, or just don’t care for it? Well, the Weekly MMO Blast is here to change all that. Each week we deliver the screen-shaking headlines that will keep you up to speed on – and maybe even caring for – what happens in this alt-happy gaming niche.

Definitely the highlights of the week were the two simultaneous beta tests for ArenaNet’s Guild Wars 2 and Blizzard’s World of Warcraft: Mists of Pandaria expansion.

Guild Wars 2 took on a protective stance of their sequel MMO release, warning unauthorized beta players that breaking the NDA might lead to a publisher-wide ban. Reports are coming in that beta screens are peppered with the e-mail address of the one playing it, allowing for easy tracing on who smuggled out the screenshots and videos. Talk about high security. But it makes sense given that they’re now testing the Guild Wars 2 microtransactions store, whose future revenues can seriously tank under negative early flack.

Meanwhile, World of Warcraft players got a looser leash when it comes to beta testing the new Mists of Pandaria expansion. So don’t be surprised to see a sudden flood of WoW news to flood the interwebs over the weekend, including countless mug shots of newbie pandaren performing kung-fu monk tricks (pandas are the latest to join the existing menagerie of animal-inspired races).

Just for fun, which of the two games are you most excited for? Sound off at the comments below!

Plus here are other notable tidbits you’d want to chew on: