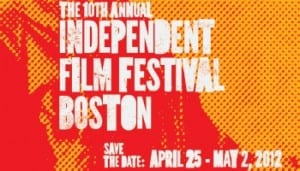 Ai Wei Wei – Never Sorry, directed by Alison Klayman, profiles “China’s most famous international artist and its most outspoken domestic critic,” from his work to protest through art and organized efforts to the merciless pushback from the Chinese government.  It opens in Boston on July 27.

How To Survive A Plague, directed by David France and Peter Staley, opens in Boston in September. The film tells the story of the groups ACT UP and TAG (Treatment Action Group), whose efforts, without any formal scientific training behind them, helped to turn AIDS “from a death sentence into a manageable condition.”

The Festival, in its 10th year, will run from April 25 to May 2. It aims to showcase a number of American films made outside major studios as well as International films, be they animations, narrative features, or documentaries.

More information on the festival and its films can be found at http://www.iffboston.org