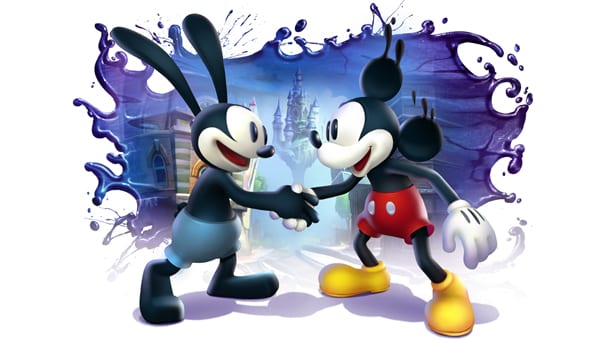 As we previously reported, Epic Mickey 2: The Power of Two is an upcoming musical game featuring drop-in, drop-out co-op play for up to two players, with one controlling Mickey Mouse and the other playing as Oswald the Lucky Rabbit. The game will focus heavily on music and will include a fully voiced cast of Disney characters. Like in the original game, your actions will directly affect your environment and the world’s inhabitants.

Aside from standard controller support, the PlayStation 3 version includes Move functionality letting players aim Mickey’s paintbrush by simply pointing at the screen. This control scheme is actually reminiscent to that of the original game that relied on the Wii remote’s motion controls.

The Xbox 360 version. however, will not feature Kinect support and instead will have players using their right analog stick to aim their brush.

Look for Epic Mickey 2: The Power of Two sometime later this year.