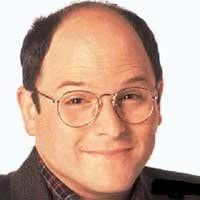 The days of ill-fitting toupees (like the one this guy is sporting) and hair transplants (“I’m not only the President, but I’m also a client”) and ordering dubious, stinky hair creams from China may soon be over. According to a study published in Science Translational Medicine, researchers at the Perelman School of Medicine at the University of Pennsylvania have found “an abnormal amount of a protein called Prostaglandin D2 in the bald scalp of men with male pattern baldness, a discovery that may lead directly to new treatments for the most common cause of hair loss in men.”

Male pattern baldness affects 8 of 10 men under 70 years old. For many men in the dating world, especially men in their twenties and thirties, baldness can be a major insecurity – it’s no secret that women like a nice head of hair. A running joke throughout the nine seasons of Seinfeld was bachelor George’s anxiety over his lack of hair and the impact that had on his dating life. The gag never ceased to be funny. But that’s neither hair not there. Sorry, I had to.

Now bald men everywhere may have new hope. Based on the findings of this study, researchers may very well be closer to developing an effective antidote that has nothing to do with a spray can and a loss of dignity.

As a dating/relationship columnist, I often tell people to throw out the superficial checklist (he has to be more than six feet tall; she needs to have C-cup breasts) of what they think they need in a long-term partner and focus on five to ten fundamental things that they know they will need to go the long haul with someone. Ladies, if thick, lustrous hair is one of those fundamental qualities you absolutely need in a mate, so be it, but given the aforementioned statistic, you’ll more than likely be looking at a bald spot eventually.

Let’s put aside, though, female preferences for the moment. I am curious to know, gentleman: If scientists, based on this recent discovery, are able to develop a pill or cream that could suppress Prostaglandin D2, would you take or use it?