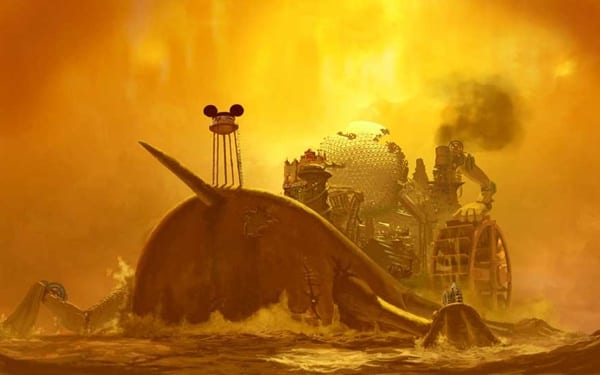 A recent AP post confirms that Warren Spector’s latest trip into the Disney universe will be Epic Mickey 2: The Power of Two. The game will be released on Xbox 360, PlayStation 3, and Wii and will feature drop-in, drop-out co-op starring both Mickey Mouse and Oswald the Rabbit.

Spector wanted to tap into more of what makes Disney so iconic, so Epic Mickey 2 will not only include a full voiced cast of characters, but it will also be a musical with “original tunes.” Epic Mickey 2 will take Mickey back into Wasteland, revisiting past locations that have changed over time and discovering unseen areas of the Disneyland-inspired world.

The game sounds like it will combine the true musical magic of the Disney films with the gameplay aspects of the first game while fixing critical (camera) issues. Spector comments that “1,000 specific changes [were] made to the camera.”

While this confirms a multi-console release of Epic Mickey 2, we still have to wait until next week’s announced presentation of Epic Mickey 2: Power of Illusion to learn more about its rumored 3DS version.