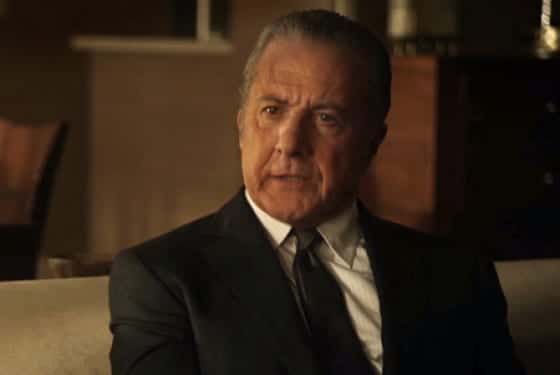 Ace seeks to stop the bloodshed and the track anticipates the Western Derby on the penultimate episode of "Luck."

The universe has a cruel sense of humor, doesn’t it? A show called “Luck” becomes victim the victim of the worst sort of fortune imaginable? Not only was a third horse euthanized due to injuries suffered during the production of a second season episode, but HBO creator David Milch decided they couldn’t justifying continuing the series if the safety of their equine performers wasn’t ensured. So it is with a heavy heart that I review the eighth and penultimate episode of “Luck’s” first and (for all intents and purposes) final season.

Expectedly, knowing that it was the second-to-last time I would spend a day at Santa Anita added a great deal of urgency to the proceedings. Since there’s no chance for last-minute edits, it’s unlucky that not every beloved character’s pursuits will be resolved in some way, but I suppose that’s the most logical ending you could have for a show like this. After all, the show never stipulates what kind of “Luck” it is. For Nathan Israel, it damn sure isn’t good. For whichever owner/trainer/jockey comes out the victor next week, it will be the most splendid. And for The Four Amigos, whose horse won’t be entered in the Western Derby? Changes with each bet they place, and with each day that passes.

Anyone accustomed to the HBO formula would have been weary that tonight signaled decisive action. The Sopranos and The Wire set the precedent for major character deaths and/or perpetration of violence in the penultimate episodes, and with Mike’s (Michael Gambon) murder by ashtray of Nathan Israel last week, all indications seemed to point to Ace’s revenge. Such expectations may have led some to be disappointed, but I was delighted by the suspense and strange sense of payoff that resulted from Ace’s eventual inaction.

Waking in a panic, Ace yells for Gus, wondering why “the kid” hasn’t checked in. Simultaneously, we cut to Mike overseeing a small fishing boat in the distance which looks to be disposing of that very kid’s body. This initiates an inspired juxtaposition between Mike’s associate Isadore Cohen (Ted Levine) meeting with the chief at the Indian casino to discuss their mutual interests and the gory dissection of Israel’s corpse. It illustrates many things, the foremost being the distance these ruthless men put between the messier aspects of their business endeavors and the more civil, backdoor negotiations. But while Israel’s death was an unexpected and horrific consequence of Ace’s revenge scheme, he’d baited Mike into sending Cohen to secure the Indian gaming lobby. Therefore, when Cohen exchanges money with the chief as a sign of commitment and partnership, Gus walks out with a DVD recording of the meeting. For those unsure of the implications, Gus, and Ace by proxy, now have proof of a criminal conspiracy to persuade the Indian gaming lobby to leverage votes in the California state legislature for the legal allowance of casino gambling at horse racing tracks.

Between the shots of the bloodied deck and slicing up of the stiff, and the cold, calculated precision of Ace’s plan in motion, my mouth was agape. Certainly with such ruthless gangsters involved, I knew their capabilities would surface, but unaware of how far their cunning would extend it was still a shock to see how it all transpired. But when Mike’s other business partner, Nick DiRossi, shows up to discuss the disappearance of their mutual acquaintance (who has somehow sent a resignation to both sides by email from beyond the grave), it’s made clear that the disc procured by Gus is just a cog in the wheel. With the help of Escalante, Ace sequesters Gus and DiRossi in an empty shed while Ace drives off. The suggestion here is that Gus is taking care of DiRossi, while Ace is racing to Mike’s yacht to off him.

The tension surrounding what might happen pervades every inch of dialogue as Gus’ usual innocence and good-natured humor transforms into a menacing sarcasm. Ace’s movements and speech also exude a sense of impending doom. For one, as he leaves for his car he tells Turo how he was involved in securing his first job. A final demonstration of goodwill? He also becomes agitated in traffic, as if impatient for the encounter to come. These subtle detections of building rage in both characters, who for the most part have only hinted at their potential for felonious foul play was an artistic mastery on the part of Milch. We’d become so accustomed to the jovial and tender sides of Gus and Ace through eight episodes that we’d almost forgotten that the entire motivation of their behaviors was predicated on seeking vengeance. Are they truly good-hearted? I suppose they are, but criminals are as criminals do. But Ace’s choice to give Mike “a pass” seems to suggest a concerted effort to relieve himself of his past: the dealings and the self he’d devolved into.

Despite the main thrust of tonight’s plot being how Ace’s scheming and the suggestion of blood-stained solutions took over much of the drama, there were other significant moments. For one, Jo gets kicked in the stomach by a spooked horse’s hind leg. The immediate concern is the safety of her unborn child. At first, signs are good, but after further observation, the doctors deem that she needs a procedure to save the pregnancy. John Ortiz does some of his best acting on the series thus far with his portrayal of a man who had just started to shorten the emotional distance between him and his lover, and now as a reward for his efforts he might lose his baby. He’s a man I presume who finds weakness in crying and displays of grief, but with a gentle twirl of a lock of Jo’s hair I was sold that in the moment he was selfless, and wanted nothing more than for her and the child to be okay. This is leaps and bounds ahead of where I saw Escalante weeks ago: self-centered, detached, and venal. Now, he seems to be a man with principles that are deeply rooted in family and responsibility. While Jo rests before her procedure in the morning, he watches over Eduardo, the young boy Jo took on last week as a helper. Again, with nonverbal cues, Ortiz shows the pride he takes in this role when he points to the toilet after the boy brushes his teeth, so that the boy goes to the bathroom before bed.

The rest are concerned with the Western Derby, an annual race held at Santa Anita that yields a million-dollar purse. Walter’s Gettin’ Up Morning and Gus’ (and Escalante-trained) Pint Of Plain are the favorites. Walter draws the most difficult position though at the drawing, the first position or the “the rail” and Escalante draws the two spot. As only TV can provide, the two heavyweights will start out the gate, side by side. The Four Amigos’ Mon Gateau is ruled not ready by Escalante for this competition, but the horse becomes the focal point of controversy when Joey advocates for Rosie to get the ride over Leon in a race on Derby Day. Apparently his weight problems still persist, and this race requires he be five pounds lighter. Rosie is elated, and does horribly to hide her excitement for a depressed and discouraged Leon.

Walter has own demons this week as he confronts the son-in-law determined to take Gettin’ Up back to Kentucky. For much of the run so far, Nick Nolte has played Walter with a gruff, but bruised demeanor. Like a battered veteran, his experiences with horses have both emboldened and shaped him, but as we’ve come to understand this particular horse carries a lot of weight in his heart. Delphi, the horse’s father, was killed so that the children of its owner could cash in on a life insurance policy. Riddled with guilt, Walter has resolved to give its foal the best possible life, but with the SOB son-in-law claiming legal ownership, Walter lets loose the rage inside him. Red in the face, and boiling over he still manages to win a preliminary hearing due to adequate legal counsel. However, when he confronts the man outside the stables, he shoves him to the ground. Whether he will face repercussions remains to be seen (or perhaps maybe never to be seen), but it was a wonderful glimpse into the tortured soul of the grizzled old-timer.

The Four Amigos were relegated to backdrop status this week, mostly serving as spectators or a greek chorus to the build-up for next week’s finale. They remarked on their horse, the other three lamented how Naomi, Jerry’s new girl, was ruining the dynamic, and they wondered who would get the ride on Mon Gateau for Derby Day. I’m unsure if they will object to having Rosie at the helm. But while my lovable degenerates had little to do, just their presence led me to sigh regretfully. Hanging out with these gambling nobodies was one of the most enjoyable parts of the viewing experience, and made “Luck” an even more uniquely vivid and sprawling show. Large tapestry-like ensembles seem par for the course for HBO dramas, and on those other casts they had characters that were connected by tenuous, bureaucratic threads. But for once, an optimism pervaded on “Luck,” the idea that although the fabric that held them together could rip at the seams, at any time, it wouldn’t tear them apart. These people weren’t just connected by a sport, they were bonded by a fondness, an unspoken love. In the end, some of the resisters like Escalante, and maybe even those who eluded the luster like Ace, allowed the forces that be to reign them in and reign over them.

The title references the cruel nature of chance, by the essence of “Luck,” was actually the hope that faith in something bigger than wins and losses provides. Maybe all the rock bottoms and pain were just progress. Not since “Lost” can I remember a TV show inspiring me to reexamine my own beliefs in people and in powers beyond my control. Even if cynicism is trendy right now, and the depictions of a decaying culture are in high demand, I’m glad that even for nine episodes I was reminded that it doesn’t have to be that way. I’m electing not to analyze what it means that a show with such values couldn’t survive. Why would a show where redemption was possible see an untimely end, when shows about the immovable nature of greed and corruption (i.e “The Sopranos”) thrive? Perhaps it is just the nature of the beast, and “Luck” had nothing to do with it.

While I’ll mourn the lives of horses lost, I will also grieve for the loss of a young show, with so much potential. Though it felt like a mad dash for the finish line at times, glossing over certain characters and outstanding storylines, this was an appropriately roaring crescendo to the hallelujah chorus I’ve been basking in for eight weeks. For making me gasp at the peaks and ponder the valleys, I look ahead to the sunset admiring the beauty that is (not was, yet), almost blissfully unaware. The finale will be the dusk, the curtain on this brilliantly rendered landscape of the horse racing world, but for now I’ll just be mesmerized and grateful just to be witnessing it.