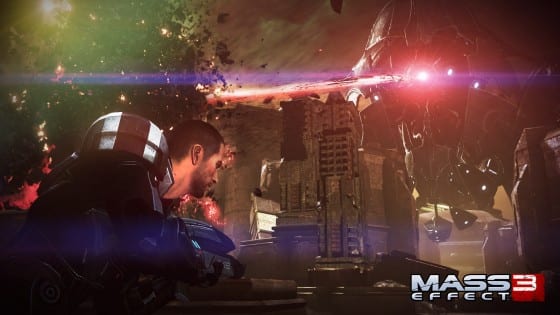 The ending of Mass Effect 3 has been met with mixed criticism, most of which is just plain outrage over its failure at giving players choice and closure. Many longtime fans who have been playing the series since 2007 just don’t like it and have taken it upon themselves to petition for a new ending. Other are venting their feelings on Facebook and other social media sites.

Casey Hudson, the executive producer of Mass Effect 3, released a statement yesterday responding to their dissatisfaction. His statement promises that we have yet to hear “the last of Commander Shepard” and that he and his team will continue to work on new content that will “reshape the remaining experiences of the Mass Effect trilogy.”

There’s been a lot of discussion and debate about the conclusion of Mass Effect 3, so I thought I’d share my  perspective with you here. I’ll avoid outright spoilers, but I’d still recommend finishing the game and experiencing it for yourself before reading this.

For the last eight years, Mass Effect  has been a labor of love for our team; love for the characters we’ve created, for the medium of video games, and for the fans that have supported us.  For us and for you, Mass Effect 3 had to live up to a lot of expectations, not only for a great gaming experience, but for a resolution to the countless storylines and decisions you’ve made as a player since the journey began in 2007. So we designed Mass Effect 3 to be a series of endings to key plots and storylines, each culminating in scenes that show you the consequences of your actions.  You then carry the knowledge of these consequences with you as you complete the final moments of your journey.

We always intended that the scale of the conflict and the underlying theme of sacrifice would lead to a bittersweet ending—to do otherwise would betray the agonizing decisions Shepard had to make along the way.  Still, we wanted to give players the chance to experience an inspiring and uplifting ending; in a story where you face a hopeless struggle for basic survival, we see the final moments and imagery as offering victory and hope in the context of sacrifice and reflection.

We’ve had some incredibly positive reactions to Mass Effect 3, from the New York Times declaring it “a gripping, coherent triumph”, to Penny Arcade calling it “an amazing accomplishment”, to emails and tweets from players who have given us the most profound words of appreciation we’ve ever received.

But we also recognize that some of our most passionate fans needed more closure, more answers, and more time to say goodbye to their stories—and these comments are equally valid. Player feedback such as this has always been an essential ingredient in the development of the series.

I am extremely proud of what this team has accomplished, from the first art concepts for the Mass Effect universe to the final moments of Mass Effect 3.  But we didn’t do it on our own.  Over the course of the series, Mass Effect has been a shared experience between the development team and our fans—not just a shared experience in playing the games, but in designing and developing them.  An outpouring of love for Garrus and Tali led to their inclusion as love interests in Mass Effect 2.  A request for deeper RPG systems led to key design changes in Mass Effect 3.  Your feedback has always mattered.  Mass Effect is a collaboration between developers and players, and we continue to listen.

So where do we go from here? Throughout the next year, we will support Mass Effect 3 by working on new  content.  And we’ll keep listening, because your insights and constructive feedback will help determine what that content should be. This is not the last you’ll hear of Commander Shepard.

We look forward to your continued support and involvement as we work together to shape the remaining experiences in the story of the Mass Effect trilogy.

Thanks for taking this journey with us.

Whether or not this means we will see future DLC that directly affects the game’s ending, this move would speak volumes on how much impact fans and consumers can truly have on an interactive medium such as video games.

BioWare has previously listened to their fans when developing their Mass Effect titles, removing unpopular features and implementing things based on input from their fans. This move, however, just might give players as much power as the developer has.