Universal Studios is not planning to release the movie “Battleship” until May, but it has recently released the third trailer for the film. 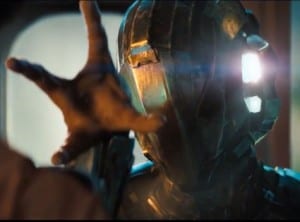 Starring Liam Neeson, Rihanna,Taylor Kitsch and Brooklyn Decker, “Battleship” is based on the popular Battleship game by Hasbro. People on Earth are trying to fight off alien invaders. This trailer is the first to give a glimpse of what the aliens look like.

The alien species, called the “Regents,” is trying to construct a source of power in the ocean, but they encounter a naval fleet. Taking place in the Hawaiian Islands at Pearl Harbor, the film informs the audience of the locations of the ships on both sides of the battle.