If you close your eyes, you just might recognize them. The Beelzebubs, Tufts University’s all-male a cappella group, are the real voices behind the Dalton Warbles on Fox’s hit television show, “Glee.” But they do not fly to LA every week to sing, you can actually find them a few blocks from Tufts in a recording studio in Somerville, MA.

In 2010, when the group, nicknamed “The Bubs,” recorded a cover of Katy Perry’s “Teenage Dream,” their first song for “Glee,” they could not have imagined that it would be so successful. Now, with about a dozen songs recorded for the show, it doesn’t look like the “dream” is going to end anytime soon.

“Teenage Dream” was recorded in a studio in New York, but once additional songs were requested, the Bubs began recording in Somerville. During the season, the group was only given a day or two advance notice for a new song, so each person went to the studio in between classes to record his portion, according to Michael Grant, Bubs member and business manager.

The group sound that you hear on the show is the result of music recording software. “We all record[ed] separately,” says Grant. “The finished product, we often didn’t hear until we saw it with everyone else online or on TV, which is surreal.”

Typically ranging between 11 and 15 members, this year’s group is composed of 14 singers, with half of them being first-year students. “That presents a lot of opportunities and challenges,” says Grant, who has been with the group two years. “[But] what’s great is that the common thread [of the group] is maintained throughout, which has been really cool to see.” 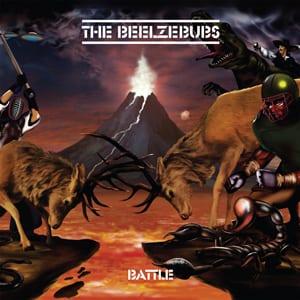 Founded in 1962, the Bubs are still very relevant today. They have recorded 30 albums and were even runners up on the popular NBC show “The Sing-Off” in 2009. Their most recent album “Battle” was released in 2011 and includes covers of R. Kelly’s “Bump N Grind,” Cee Lo Green’s “Closet Freak” and U2’s “Running to Stand Still.

The Bubs will be performing a variety of songs from their repertoire at the First Parish Church in Norwell, MA this Saturday. Songs range from a Will Smith mashup to a hit by Florence and the Machine.

The sold-out event, presented by the James Library and Center for the Arts, is one of the many performances that the Bubs have locally and globally. The group typically has three or four main shows at Tufts during the course of the year, but 70 to 80 percent of their performances are elsewhere, according to Grant.

They have traveled all over New England and even abroad to perform in places like Thailand, Argentina and France. “Performing for a foreign audience is very exciting in different ways,” says Grant. “But, I would say, with the recent traveling, it’s been even more important for us to come home and perform for our root audience.”

But whether you hear them at a concert, on television or on one of their albums, you will definitely notice that the Bubs’ energy is contagious. Fifty years after the group was founded, they are still having a good time and upholding their motto: Fun through Song.