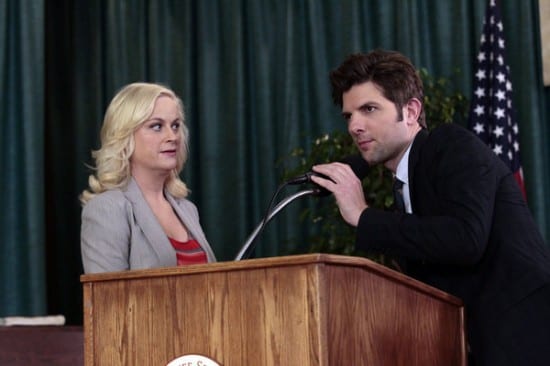 Sitcom characters don’t usually hit a snag for more than 22 minutes. It’s common knowledge. In fact, I spoke of it just last week when I mentioned the tried-and-true formula for sitcom watchability. Other than a unvarying structure, sitcoms provide us with what life rarely grants us: a neat resolution.

Few individuals are privileged enough (or frankly spoiled enough) to come out of most snafus without dissatisfaction. Hence why we turn to stories. We live vicariously through proactive characters who take just enough risk to mess up big, but have enough support and fortitude to cleanly rectify their mistakes. I don’t believe these sorts of tales are more or less valid. Truthfully, I’ve been on a “Boy Meets World” kick of late because today’s family TV programs steer away from morality. People are afraid to come down firmly on how children should be raised, or how teens should be taught about sex, in favor of embracing diversity and avoiding offense. The 90s, were a different time.

My point is that now we live in a time where uncertainty is infectious. Over at The AV Club they posted an article just a few days before The Academy Awards discussing how all nine nominees for Best Picture, in one way or another, confronts our scary future. And if art is a reflection of the society that spawns it, then Leslie Knope’s futility versus Washington hotshot Jennifer Barkley (Kathryn Hahn) this week was not only poignant and funny, but a rough portrait of our current cultural anxieties.

After her initial play of attacking Leslie’s lovable childhood aspirations commercial (seen in “Campaign Ad”), her next maneuver is to steal “the gray vote” by securing the endorsement of Pawnee Seniors United president Ned Jones (played by TV legend Carl Reiner). LesBen had acquired his support with their “Ramp Up Pawnee” initiative, basically a plan to make Pawnee more handicap-accessible since “stairs are a young man’s game.” Jen one-ups their idea with her conception of “Raise Up Pawnee,” an installation of electric lifts next to every staircase. While of course Leslie’s plan is more practical and cost-effective, the seniors are easily impressed by the gadgetry and Ned Jones officially endorses Bobby Newport.

Over at City Hall, Chris expresses concern that the Parks Department is undermanned with Leslie reducing her hours. Considering she did the work of four men, this is a legitimate concern. As a result we are treated to Ron’s absurd, yet endearing in its staunchness, anti-government stance once again.  Fearful of adding another employee to the mix, Ron appoints Ann Perkins (pronouncing her name right and everything!) to spearhead a cross-department project between the Health and Parks departments to fix the water foundations. What’s wrong with the water fountains? Well, the quirky folks in Pawnee put their mouth on the spouts when they drink. The project’s aim is to redesign the fountains so that the disgusting habit is impossible.

With Andy as her test subject (and a perfect illustration of the average Pawnee resident), Ann leads a brainstorming session. Jerry suggests a cage over the nozzle, but Andy rips it off. Tom suggests replacing fountains with “water butlers” and is immediately rejected. On a side note, Tann (Tom and Ann) only gets a brief instance of relevance when Tom gloats that his idea will receive preferential treatment because him and Ann are “romantically intertwined.” I was glad to see that emphasis on their relationships was waned significantly, but it also didn’t address the issue of its legitimacy so the Catch-22 of inconsequence and importance continues for yet another week, much to my minor dismay.

April contributes to the brainstorm at first by provoking a water fight by spraying Ann, redirecting the fountain flow. Consequently, when Ron escorts Chris to the department to prove his progress on a major project, they witness the escalation from playful splashing to full-scale aquatic warfare. Andy caps their distraction by attacking Chris as a water balloon kamikaze (he has fashioned a vest of water balloons out of duct tape), easily the best bit of slapstick of the episode. Chris Pratt always nails that particular area of “Parks” comedic repertoire.

LesBen panics over losing Ned’s endorsement, realizing that Jennifer is simply better than they are. Every measure they take, she will have a countermeasure. Leslie, despite assuring Ben she has the utmost confidence in his strategies, decides to go directly to the source. When she meets up with Jen, she admits that she would rather Leslie win, but it’s her job to win, and she’s damn good at it. But because she “loves to play chess” and believes she is her own best opponent, Jen gives her a strategy, suggest a shuttle service for seniors. Leslie agrees it’s genius, but when she pitches it to Ben, he reasons that Jen is too in their heads, manipulating them. As much as I love Leslie, and want her to succeed and believe she would be the best thing for Pawnee, its fun to see her and Ben squirm. As much as a Leslie triumph has become this show’s staple, this show has become one of possibility. And by introducing this giant hurdle, not only does it provide a challenge that would payoff HUGELY if they could overcome it, but the writers make sure they’re challenged as well, solidifying them as the freshest in network comedy, by far.

The ending showdown between Leslie and Jen on Perd Hapley’s “Final Word with Perd” (oh excuse me, Perdrick L. Hapley) was brilliant. Jen combats Leslie’s jabs about Bobby gallivanting through Europe with floozies with such finesse, it was like watching MJ play with the flu in the NBA Finals. She counters that he was striking a deal with a European company to build a factory in Pawnee. It’s total BS. But it doesn’t matter. The sting of Leslie’s venomous rebuttal is gone from voters’ minds. While Perd is clueless as to what happened on his own show (contributing no probing questions for either side), Leslie sulks at the bar, wanting to drink away her shortcomings, aware that her drive and tireless work ethic may not be enough. This is a foreign feeling for her, and her storyline this week while filled with intermittent giggles, didn’t leave us with a warm and fuzzy feeling. But I have faith that it’s being stored away for a fourth quarter finish that will swell inside me to the point where I might burst.

Not all is lost, however. April continues her trend of rising to the top of the “Parks” achievement heap yet again with her simple yet elegant solution: remove the splashguard so no one can put their mouth on it. Chris’ worries that the group lacked cohesion and leadership are abandoned, and Ron asks April to take some of Leslie’s load. Though reluctant to do things, Ron taught her the art of inaction and delay, Ron woefully convinces April that her need to test her potential exceeds the need to stall government activity for him, therefore appointing her as Leslie’s fill-in for now.

I like that I’m clueless about where April’s arc is heading. Leslie seems destined for a come-from-behind victory where she makes a sacrifice of some sort (either involving Ben or the Parks department) to win the election, but April’s continued evolution is a mystery. She has begun to care for others’ happiness, and is even putting her brain to productive use. To what end? I’m not saying the character herself is conscious of where she is headed, but the show seems intent on providing her with responsibility, and showcasing her redeeming qualities. I sure hope she isn’t leaving the show for greener pastures. Not only does Andy not deserve that kind of pain, but neither do I!

While Paul Rudd was off promoting his movie, Kathryn Hahn was an awesome addition this week. She’s frank in her deviousness, and you have to admire her thorough, near impenetrable research. It’s reminiscent of Leslie’s superwoman qualities, while not being a re-tread, but a worthy foil. The LesBen dynamic was delightfully rendered this week, particularly when Leslie would compliment Ben for his attractiveness, but perhaps overemphasized his small stature to the point where Ben became insecure. It’s relatable, while still totally unique to these two people, a sweet balance to accomplish. Ron earns my MVP though for his stubborn reactions to change and his depiction of impossible choices through an anecdote about his sixth birthday (check out L.O.L.Ls).

With one episode remaining before a month-long break, “Campaign Shake-up” returned to the main thrust of the season with a stylish blend of gravity and levity. We watch the Parks department grow sillier and yet fuller in Leslie’s absence, and Leslie’s campaign encounters its first insurmountable foe, reminding us why we want Leslie to win. Because she is going to deserve it. So while we, the commoners, might not get our way though we may have earned it, Leslie will. But it won’t be as easy as twenty-two minutes of coincidence and contrivance. The conclusion will be the hard-fought accumulation of prolific labors, like tonight: an infusion of expertly tailored moments with hilariously crafted dialogue. For the return of Ron Swanson, the man and the myth, for elevating April above her role of anarchic instigator, and ensuring that like Leslie, the “Parks” team will earn our vote, I’ll gleefully go to the polls to check off “A.”

– Perd Hapley’s gems: “The first issue…is the one we’re gonna talk about.” “Now it’s time for our next segment…which is a commercial.” Also, his fascination with the concept of “a foot in a mouth” as an actual act, not as an expression.

– “Not enough ramps is the number three complaint by Pawnee seniors. Right behind, “everything hurts” and “I’m dying.”

– “Either we complete a government project, which is abhorrent to me, or we bring a new person into the department, which repulses me to my core. Reminds me of when my dad made me choose which one of my pet calves to slaughter with my own hands for my sixth birthday. I couldn’t choose, so I slaughtered both of them. And they were delicious.”

– “As a candidate I appreciate your strategic mind, but as a woman sly I care about is your slight, but powerful body.”

– Leslie: “You’re a mangenius, with a taut, narrow frame like a sexy elf king.” Ben: Do you wish I were taller? What’s going on here?”