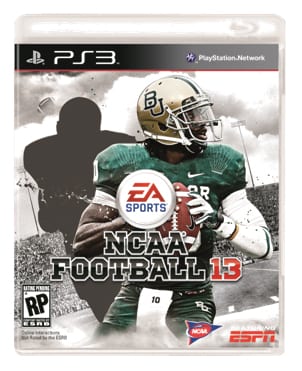 EA has announced that Baylor Quarterback, Heisman Trophy winner and projected first or second overall pick in this year’s NFL draft, Robert Griffin III will grace the cover of NCAA 13. He’ll share this year’s spotlight with a previous Heisman winner, selected by the fans on Facebook.

Voting will take place on the official NCAA 13 Facebook page beginning March 12, and players will have the choice between the following college greats: