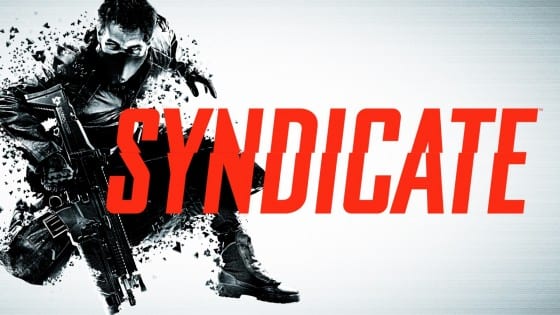 Developed by: Starbreeze Studios
Published by: EA
Genre: Shooter
Platform: PC, PS3, Xbox 360
Play it if: You’re big on co-op gaming
Skip it if: You want a story
[rating:2.5/4]

In a way, you’ve got to feel sorry for Starbreeze Studios. With Syndicate, the shooter-centric re-imagining of the 1993 strategy game of the same name — there’s absolutely no way to please everyone. Fans of the original are going to scoff at how the new developer turned it into a shooter, but fans of shooters like Call of Duty and Battlefield are unlikely to give it a shot. It’s a shame too, because when Syndicate works, it works very well, it’s an intelligent shooter that dares to break from the norm, but when it doesn’t work, it’s a mess. One of the most disappointing messes of recent memory.

In the world of Syndicate, Corporations rule the world, and are willing to kill for turf and resources. Each private citizen also has a chip implanted into their brain, which these corporations can access at will for advertising or even worse. Your protagonist, MIles Kilo works for Eurocorp, a company that has developed a chip so powerful it lets users slow down time and even access the data from other chips. Syndicate finds Miles struggling with his choices, and figuring out why he works for who he works for. As you probably already expected, throughout the events of the game, Milo uncovers a conspiracy..yadda…yadda..yadda..

It may not be the most original story, but it would have done Seabreeze well not to abandon it as early in the game as they did. The game takes obvious inspiration from titles like Deus Ex and Bioshock (going as far as to ripoff a few of those game’s best moments), which did their best to craft a compelling narrative, but in this aspect, Syndicate often comes off as lazy and forgetable. There comes a point early in the game where integral pieces of info are dumped into optional info boxes and the story is kicked into the background. Though Syndicate often hints at the importance of player choice, it’s incredibly linear, with one ending, no matter what you do.

It’s a shame that Syndicate’s campaign is so forgettable and lackluster, as generally speaking, the mechanics are sound, tight and fun. The guns, which range from the more traditional firepower to the more out there, all feel like appropriately weighted and its often compelling to switch them out to see just what each can do. What really sets Breach apart from other shooters though is the Breach system, which allows players to access an enemy’s dart chip for some pretty cool results. Using the breach system, you’re able to slow down an enemies response time, make him fall to the ground stunned, commit suicide, or even turn the gun on his own squad-mates.

Using the breach abilities quickly becomes a strategic element in a very trigger happy shooter. There are plenty of times where you’re going to come upon a room full of heavily armed shooters, and the decent enough AI combined with the game’s refusal to adhere to its own set of rules regarding cover makes it nearly impossible to go in guns blazing (at times), so you’ll have to strategically use your abilities to take them out. My personal favorite is causing one enemy to fall to ground, making the others go to check on him, then making one of them turn against the others, and making my work easier for me. It’s just a shame that midway through the game, Starbreeze took the easy way out and rids you of a majority of these powers.

If Syndicate has a saving grace it’s just how fun the game becomes when teaming up with another human user. Up to four players can join together in a series of standalone co-op missions that require actual communication and cooperation, leading to some impressively cool and chaotic moments. The mix of careful planning and satisfying kills often reminded me of the co-op missions of the Splinter Cell games, a favorite of mine for years. With how well done this portion of the game is, I often wondered why Starbreeze didn’t base more of the game on it.

If you’re going to play through Syndicate, you better be a fan of the color blue, as the game continually insists the future will be a blue society, and assaults your eyes with blue hue after blue hue. Besides the overuse, Syndicate looks impressive, and performs well even when the action get really hectic. I was incredibly impressed with just how well the game animated, especially when using the breach abilities.

The Blast Factor: There are moments where you’ll swear that Syndicate is one of the greatest first shooters in recent years — it’s beautiful, fun and mechanically sound, but playing deeper into the game will reveal it’s darker side. In short — Syndicate is a mess, a beautiful mess that somehow works. It may not be the shooter it could have been, but Syndicate is definitely worth a look.