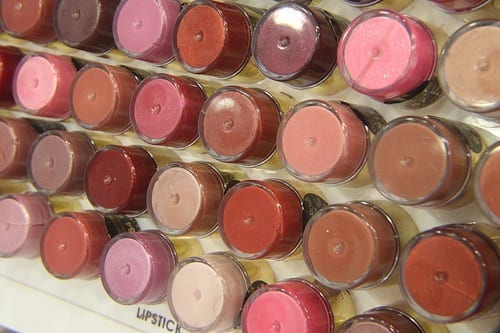 Women have worn it for centuries to add a hint of color to their lips, but consumer and environmental groups are raising concern over the lead in lipstick. The Campaign for Safe Cosmetics (CSC), which is composed of consumer and environmental groups, addressed the issue in a letter  earlier this month to the U.S. Food and Drug Administration (FDA). The group wants lead levels in lipstick to decrease, as they argue that there is no “safe level” for the metal.

In 2007, the CSC tested 33 lipsticks, including shades from top brands in the U.S., and reported that “two-thirds of the 33 samples we tested contained detectable levels of lead; of those, half were above the recommended limit for lead in candy.” In response, the FDA conducted its own study, using 20 of the same brands and shades the CSC had tested, which included shades from Revlon, Cover Girl and Estee Lauder. Initial FDA findings found the average lead concentration in the lipstick samples to be 1.07 parts per million (ppm), while an expanded survey, the findings of which were released in December of 2011, revealed the average concentration to be 1.11 ppm of 400 samples tested.

“This new report found higher levels of lead in lipstick than previously reported, and adds to our concern about the health risks of lead-containing lipstick–a product used by millions of women of childbearing age who are unaware that they may be building up their blood lead levels each time they apply lipstick,” the CSC said in the letter.

The group adds, “The most-contaminated brand, Maybelline Color Sensation made by L’Oreal USA, had lead levels more than 275 times the level found in the least contaminated brands, and more than seven times higher than the average found in all the lipsticks. Clearly, some manufacturers could be doing more to protect women from unnecessary lead exposure.”

In the letter, though, the CSC argues that last month, an advisory committee to the U.S. Centers for Disease Control (CDC) and Prevention recommended that the CDC  focus on “aggressive prevention efforts for lead exposure.” The letter continues, “Based on new information as well as new understanding of old data, the committee’s report asserted that there is no safe level of lead for children; that the low-dose effects of lead extend beyond the neurodevelopmental realm into cardiovascular, immunological, and endocrine effects; and that the health effects of lead exposure appear to be irreversible.”

The FDA asserts on its website, though, that consumers should not be alarmed, stating, “Although we do not believe that the lead content found in our recent lipstick analyses poses a safety concern, we are evaluating whether there may be a need to recommend an upper limit for lead in lipstick in order to further protect the health and welfare of consumers.”

According to the FDA’s 2010 expanded survey of 400 lipsticks, the following lipsticks had the most lead contamination:

According to the FDA’s 2010 expanded survey of 400 lipsticks, the following lipsticks had the least lead contamination: