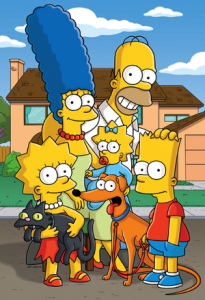 As The Simpsons approaches the end of its 23rd season, they released the announcement that Lady Gaga will be appearing in the season finale as a special guest.

Matt Groening, creator of the show, said of Gaga’s appearances in the studio “The great thing about having Lady Gaga is that she came in a number of times and always with a different getup. Like, she’d leave the room and come back in after a break in a completely new getup. It was unbelievable. The only time that she ever took off her hat was when it was banging into the microphone.”

The satirical comedy show has aired 500 episodes as of yesterday’s “At Long Last Leave”.