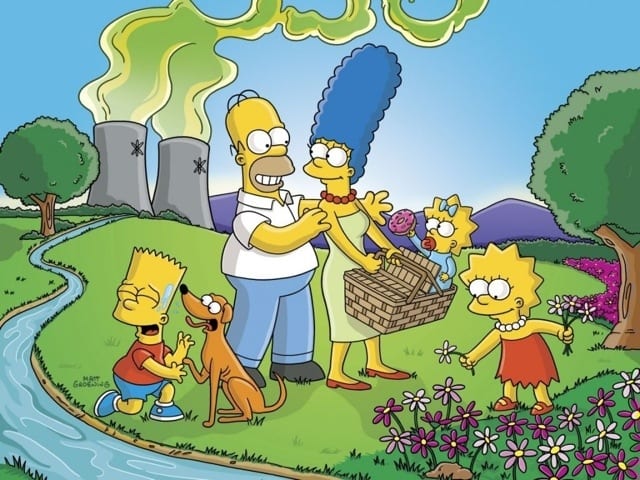 A series that has become unanimous with pop culture, the Simpsons continues to be the longest running animated series on television. Back in 1991, anyone visiting arcades may remember a video game based on the timeless series. This Konami classic provided perfectly themed brawling for up to 4 players in a variety of stages. Flash forward two decades and someone has been kind enough to us to bring this cabinet gem to the modern day arcade.

For those who missed the game on the first run, “The Simpsons Arcade” has the four main members of the family chasing Mr. Smithers and Burns in order to save Maggie. In perfect arcade harmony, there are only two buttons to press, attack and jump. Each of the members of the Simpsons family have different variations on these movements, leading each player to pick favorites depending on their play style. Gameplay rarely strays from the classic brawling we have come to expect from these games, sometimes mixing in a minigame for a good time.

The only negative to point out here is that you do not get much for the $10 entry price. Once you beat the main story either by yourself or with three other friends there is little else to do. You unlock the Japanese version of the game and there are harder difficulty levels, but it still consists of playing the same 6 levels over and over again. There is a cool feature in which the game will ask you how you want to deal with your deaths (free play or limited by quarters) adding a little hardcore arcade value for those looking for it, but in the end you can’t help but feel a little ripped off.

While the game presents some heavy nostalgia, in other ways it has you looking strangely back at your gaming habits. When I first played this as a kid I remember barely making it to the second level, even when my friends were playing with me. Now I managed to beat it in one sitting. I’m not sure if this shows how much I’ve grown as a gamer or exposes the internal flaws of arcade games being built to be a short term commitment. Nonetheless, the game features the original voice cast, has some well-done animations and it has been untouched from the original, which is precisely what anyone picking this up wants.

Blast Factor: Respecting its roots, “The Simpsons Arcade” is built to strike directly at your nostalgic bone and deliver on the classic arcade joy. However, expect to sink in more than a few quarters to relive these memories.

The Simpsons Arcade is available now for Xbox Live and PSN. A code for the Xbox 360 version of the game was provided by the publisher for the purposes of this review