Tim Schafer and Double Fine’s Psychonauts could be the most under-appreciated game in history, so naturally fans are no clamoring for a sequel, but even 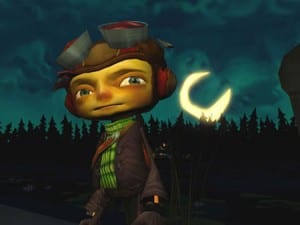 the most passionate fan doesn’t seem to hold a candle to Minecraft creator Markus “Notch” Persson, who is willing to at least partially fund a possible Psychonauts 2.

Apparently everything started when Schafer gave an interview to Digital Spy, saying that despite the studio’s switch to smaller, digital delivery games like Stacking, Costume Quest and  The Iron Brigade, he would love to do a sequel to Psychonauts…if “a few million dollars would suddenly become available. That’s where Notch has seemingly stepped in. In a tweet directed directly to Schafer, the Minecraft creator said simply; “Let’s make Psychonauts 2 happen.” Notch later sent a follow-up tweet assuring Schafer, and the rest of his followers that he was in fact very serious about the proposition.

So just what does Schafer think of all this? In typical Schafer fashion,  he played off the rumors to Kotaku. “”I just woke up, is something strange going on?” The developer did take to Twitter to comment on the rumors later in the day — sort of.

“Man, so many tweets,” Schafer tweeted. “I assume this is all people asking for codes toHappy Action Theater and Rise of the Martian Bear?”Oh wait,” he continued. “Hm. This is interesting.