The Salt Lake City Tribune is reporting that Eat Sleep Play co-founder and the man behind such mega hits as God of War and Twisted Metal, David Jaffe will 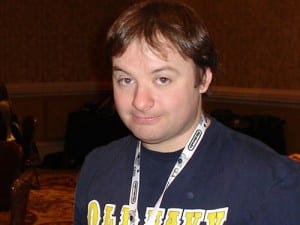 be stepping down and leaving the company following next week’s release of Twisted Metal for the PS3.

The report suggests that Jaffe (UPDATE: jaffe has confirmed he will leave the company) will be staying around for the game’s release, along with a bit of testing and polish, and then will segway into a new position,and a brand new company, which will focus on “big next gen ideas.”

As for Eat Sleep Play, the studio will reportedly transition from console games like Twisted Metal to more casual iPhone and iPad games. “”It’s a platform that is in our pockets almost 24/7. It’s kind of the size and types of games we’re playing,” said other co-founder Scott Campbell to the Salt Lake Trib. “You can certainly reach a lot more people. That’s pretty exciting for us.”

The company has also confirmed that as a result of the move, that they will see a number of layoffs in the near future. Here’s hoping all of those folks land on their feet.