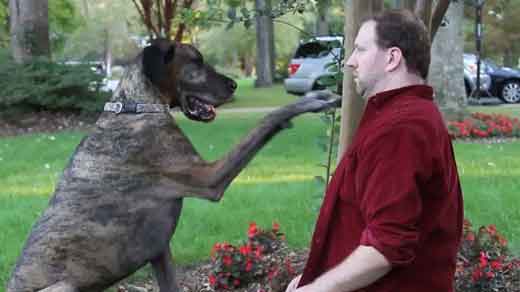 Without a doubt, the Super Bowl is the biggest TV event of the year. Brand name companies and their advertisers mark the day on their calendars knowing they will be paying an arm and a leg, but the exposure will be tremendous. But with every company looking to stand out, they brought their “A” game.

The Doritos contest strategy paid off immensely. According to USA Today’s Ad-Meter it was the most popular ad to air last night. Brand Bowl 2012, said it was the most tweeted about generating 48,498 tweets. “Man’s Best Friend,” a finalist in the “Crash the Super Bowl” contest, had me cracking up. The commercial centers around a cat-murdering dog who bribes his owner with a bag of Doritos to shut him up.

Also earning a lot of laughs was the other finalist, “Sling Baby.” In this one, a kid taunts his grandmother because he has a bag of Doritos’. Grandma decides she will launch the kid’s baby brother using the bungee-cord jumper to snag it from him. 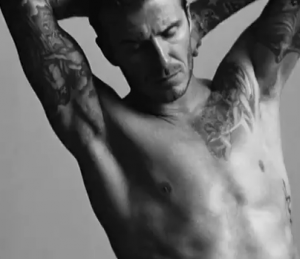 More on the side of controversy was David Beckham’s risque black and white ad commercial for clothing retailer H&M. The concept is simple. Closeups of Beckham in nothing, but their new man panties, zooming in on his chiseled chest and torso (as well as his tattoos), set to porn music, basically. Although, the women in my household, and presumably all across America, were hot and bothered, this wasn’t what incited an uproar. The Gay & Lesbian Alliance Against Defamation (GLAAD) demanded that CNN commentator Roland Martin be fired immediately regarding his tweet about the H&M commercial: “If a dude at your Super Bowl party is hyped about David Beckham’s H&M underwear ad, smack the ish out of him!” This angered the gay activist organization, causing them to respond: “@rolandsmartin Advocates of gay bashing have no place at @CNN #SuperBowl #LGBT.” Roland retorted, “Well you’re clearly out of touch and clueless with what I tweeted. Way to assume, but you’re way off base.” He later tried to justify his remarks to his over 94,000 followers tweeting, “It’s hilarious when idiots…see my Beckham tweet as homophobic and I rip on soccer all of the time.” Whether he meant it as a slight at soccer and his fans or as a denigration of homosexual behavior matters little. GLAAD is not letting up, still rousing supporters and gay bloggers to initiate a campaign for his termination. To get up close and personal with David, click here. 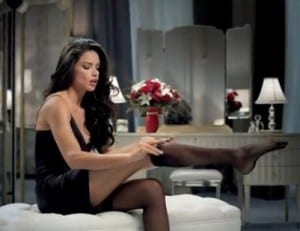 Lovers of women in lingerie were not neglected, however. Adriana Lima, Victoria’s Secret model, appeared as a spokeswoman for Teleflora, an online flower delivery service. Needless to say, it was every bit as sexy as Beckham’s. Lima seems to be getting dressed for a night on the town as we watch her hook her bra and pull on her tights. And unlike H&M’s, it included dialogue: “Guys, Valentine’s Day is not that complicated. Give, and you shall receive.” Message happily received. Pay your respects to Ms. Lima here

Brand Bowl’s third most popular was courtesy of Chrysler. Clint Eastwood waxed philosophic about the recovery of Detroit’s motor industry. Apparently, Eastwood’s rhetoric on “Halftime in America” and us rallying as a nation to “come from behind,” touched the hearts of Americans like Eminem’s ode to Detroit did (set to his “Lose Yourself”) last year.

My personal favorite was from Fiat, who equated the beauty of their new sleek and sporty model with being seduced by an Italian supermodel (picture below). The reveal that he was kissing the window of a car completely caught me off guard, and was probably the most inventive premise of the night, while still going for sex appeal. For a laugh riot, click.

Filling out the remaining contenders, I was underwhelmed by Budweiser’s contributions, but thought the dog named “Wego,” was clever. Hint: If you call the dog, you would say “Here, Wego.” “Here We Go” is the Bud slogan. Going for the nostalgia factor, Acura and Honda shelled out the big bucks for tributes to pop culture. For Acura, Jerry Seinfeld starred in a parody of his “Seinfeld” show and Matthew Broderick showed up in Honda’s homage to his 80s classic, “Ferris Bueller’s Day Off.” Yeah, I got all the references, but it just didn’t tickle my funny bone like the others.

So, note to self: Wanna make millions on ads? Include babies, attractive and scantily clad women (but you can throw in a dude), and animal personification. Nostalgia is hit or miss, and involving your customers via contests can never hurt.

I won’t mention the game itself, because I know here in Boston it is a day of mourning, but I hope you at least enjoyed some of these crowd-pleasers up until the final whistle. Was one of your favorites not mentioned? Share links and your opinions of the ads mentioned in the comments section.