Depending on what kind of gamer you are, this may sting a bit. It turns out that before Naughty Dog began work on their upcoming end of the world 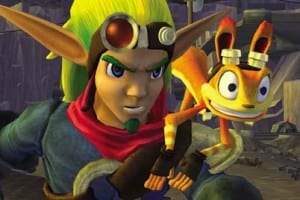 action title, The Last of Us, they were well into development of Jak and Daxter 4, but scrapped plans when things started to feel forced.

“We dug around trying to find the core of Jak and Daxter,” The Last of Us creative director Neil Druckmann told Game Informer Magazine. “Who are the characters? We had to reboot it essentially. Every time we got excited about an idea we’d take a step back and look at it and be like ‘It’s not Jak and Daxter, are we just slapping the name on it for marketing reasons?’

Druckman went on to add that his computer is currently full of rejected ideas for Jak and Daxter 4.

“It started feeling like a compromise,” Druckmann added. “The more we tried to make Jak and Daxter like we wanted to, it didn’t feel like things were matching up. We have folders and folders filled with scrapped ideas.All the ideas just started to feel like they were going so far away from what made Jak and Daxter Jak and Daxter,” added Evan Wells, co founder of Naughty Dog. “Even though we wanted to give fans another Jak and Daxter, we felt we weren’t going to give them the game that they wanted, and that we would end up either limiting the direction that the company had this passion for while simultaneously not creating the game that fans wanted. We just realized we were going to just do everybody a disservice.”

So does that mean that the series is done?

“Never say never,” he said. “It could happen. Naughty Dog’s got a long history and I think it’s got a long future so to say we’ll never go back is kind of crazy but right now we’ve got The Last of Us that we’re definitely going to be supporting. I guess there’s a possibility that the Uncharted team could move on to Jak and Daxter. It’s still up in the air, but I wouldn’t think that’s going to happen, because I think we’d run into all of the same problems with that team that we did with this team.”

Those looking for some (semi) new Jak and Daxter action will want to pick up the HD collection, when it releases February 7. Check back later for our full review.