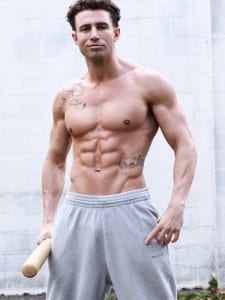 “Jersey Shore: Season 5” started its first episode at (surprisingly) a bar, where friends and family of the shore members gather together and set up a surprise party. Vinny’s uncle Nino, Pauly D’s friends, and Snooki’s boyfriend, Jioni, are all there to hang out with their friends and family, and everyone is having a blast. Things are going great until Jonny “The Unit” Manfre, The Situation’s best friend, shows up with his perfectly spiked Guido hairdo, glowing tan, and abs that easily surpass The Situation’s in terms of sheer definition. Last season, The Situation claimed that he and Snooki hooked up and The Unit witnessed this fateful moment between the two pop-culture legends. As tensions at the bar rise, Snooki provokes The Unit to threaten to tell Jioni. They end up yelling at each other, and Snooki is not okay with the idea of The Unit spending the night at the shore house.

Snooki has a lot of fans, which is why Jersey Shore viewers are have started to throw The Unit under the bus and calling him out on what they perceive as his antagonistic ways. The incident has led to The Unit becoming the newest phenomenon on the hugely popular show. Blast had a chance to catch-up with The Unit to discuss his new fame.

John Manfre grew up in New Jersey along with The Situation, where they met and played football together when they were about nine years old. They met again years later at a gym and grew incredibly close. “Mike and I are very similar, our birthdays are almost the same day. We understand each other and we’ve had a lot of really great times,” Jonny said.

Prior to his debut on Jersey Shore, The Unit earned two degrees at Rutgers University before going into sales and real estate. Later, he ended up doing business in Panama. “Panama is a party country. People are getting drunk from morning until night, it’s crazy,” he said. During his time in the Central American country he lost a lot of money in business before becoming a personal trainer.

From there, The Situation invited The Unit to come on Jersey Shore, where his whole life changed. “I was a little tentative at first, but I liked him so I went along. We traveled, did a bunch of appearances, private jets, fancy dinners, everything. Mike put the opportunity in front of me and I’m thankful for it,” The Unit says. From the first episode, the Unit became a hit. Many people loved him instantly because he was so much like The Situation: someone who just wants to have fun. He became more famous as MTV wrote a few articles on him and he even became a trending topic on Twitter, inciting polarizing viewpoints from the public.

On July 24, 2011, while on the set of the show, The Unit was arrested for drug possession. Radar Online claims that he was cited for possession of a Ketamine. Ketamine, also known as “Special K,” is legally used as a horse tranquilizer and causes “dream-like states and hallucinations.” The Unit was released from Ocean County Jail with a $1,000 bail that night. “I want to make a positive out of this. Let’s put it this way, smart people learn from their own mistakes, and wise people learn from the mistakes of others. I hope young kids learn from my mistakes and realize I am a human being,” Jonny says.

The Unit claims that things are going well for him since his arrest. He is now dedicated to his award-winning, porn-star girlfriend, Amia Miley.” She compliments me beautifully and we’re two peas in a pod. It’s like having a best friend, a hot ass girl, and a cool ass girl,” The Unit says.

The Unit has a lot of plans to capitalize on his newfound fame. He states that he has opportunities to pursue in the television industry and music, with a fitness website (and an upcoming fitness book) to boot. “The show is so big that it has opened a lot of doors for me. I’ll look at every opportunity carefully and see what’s best. I want to evaluate new opportunities, but I’m not going to kill myself if I don’t get on TV,” he says.