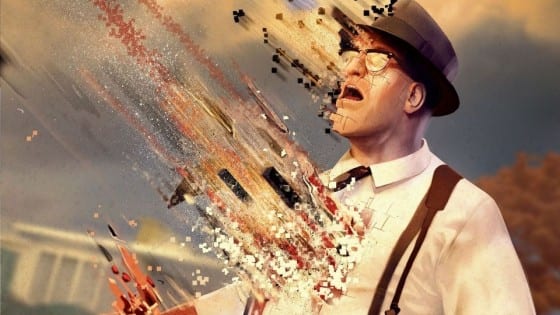 If you’re like us, you began to worry about the upcoming X-COM first person shooter when it was delayed; and then delayed again…for a year. Then things got bad when you heard that THQ would also be releasing a more traditional turn based game based on the franchise. Don’t worry, X-COM fans, we’re not alone, even the franchise creator Julian Gollop thinks things are looking fishy.

“When from out of the blue we heard that Firaxis are doing a turn-based version, it’s as if 2K are trying to cover all their bets,” Gallop said in a recent interview with Edge Magazine. Adding that most game companies view the turn based genre as one not worth their time,  Gallop questioned how much the new title will innovate.”I’m guessing it isn’t a hugely big-budget title, so I think they’ll be sticking to fairly safe ground. I don’t think there will be any technical innovations in their game engine,” he said. Gallop also offered some advice for the developers of the game…sort of, adding that it could use “procedurally generated environments, a more sophisticated destruction model for the terrain,” and more advanced AI but “I suspect they’re probably not going down that route, judging by the screenshots.”

“I thought it was a great shame because it was going down the same route as some of the previous X-COM sequels, like Interceptor and Enforcer—in other words, going completely against turn-based combat,” he said. Those two games were critically panned for shallow gameplay and, in Interceptor‘s case, campy themes that marked a huge departure from the X-COM canon that has acquired such a devoted following.”

Blast was able to sit in on a closed door demonstration of X-COM during last year’s E3, and liked what we saw, but we didn’t play it, so who knows.