Ken Levine thinks you’re a pussy. Well…sort of. He thinks your games are too easy, and as a result, he’s giving Bioshock Infinite a much harder, much more 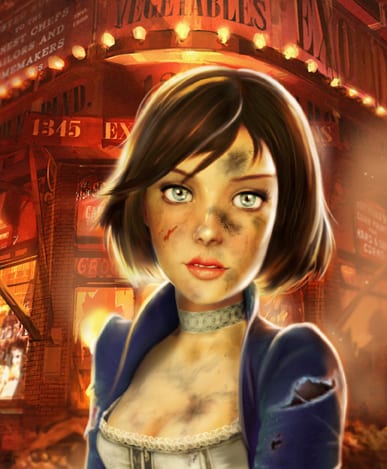 unforgiving mode when it releases later this year.

1999 mode, named after a time when Levine says games were much more challenging and is designed to offer challenges to the players that the average campaign wouldn’t.

“We want to give our oldest and most committed fans an option to go back to our roots,” said Ken Levine, Creative Director of Irrational Games. “In 1999 Mode, gamers face more of the permanent consequences of their gameplay decisions. In BioShock Infinite, gamers will have to sweat out the results of their actions. In addition, 1999 Mode will demand that players pick specializations, and focus on them.”

So just how hard is 1999 mode? Players will have to take a more demanding look at things like in game choices, health and weaponry. Players will also not be able to respawn if they do not have sufficient resources to do so.

“I’m an old school gamer. We wanted to make sure we were taking into account the play styles of gamers like me,” Levine said. “So we went straight to the horse’s mouth by asking them, on our website, a series of questions about how they play our games. 94.6 percent of respondents indicated that upgrade choices enhanced their BioShock gameplay experience; however, 56.8 percent indicated that being required to make permanent decisions about their character would have made the game even better.”

THQ has announced that Bioshock Infinite will release sometime in the fiscal 2013, which kicks off this April.